CNA – When Japanese Prime Minister Fumio Kishida vowed this week to wring more gains from the weak yen, which has become instead a source of economic pain, he was pinning his hopes on the likes of Soichi Yoshimura, 33, and his strawberry farm north of Tokyo.

Most Japanese farmers – like many other key players in the economy – are up in arms about the yen’s 20 per cent slide this year, which has inflated costs for imported fuel, fertiliser and other production inputs.

But prospects are different for Japan’s exporters of “wagyu” beef, green tea, and premium fruits and vegetables, including the ‘Sky Berries’ from Yoshimura’s greenhouses that can fetch as much as JPY800 (USD5.50) or more apiece in the supermarkets of Hong Kong, Bangkok and Singapore.

“Everyone seems worried about a weak yen,” Yoshimura said. “But it’s good for our exports of strawberries because it helps make our prices competitive at overseas markets.”

Agriculture exports were among a clutch of sectors that Kishida targeted in a policy speech on Monday – along with tourism and the construction of foreign chip and battery plants in Japan – that could get a boost from the yen’s steep fall, and offset some of the economic damage it has caused. 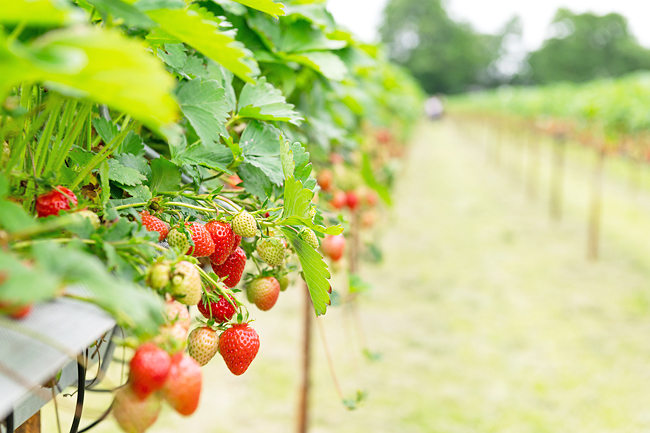 The government aims to boost farm exports further to JPY5 trillion by 2030. Kishida also set a JPY5-trillion target for annual revenue from tourism, which is expected to rebound after COVID-related border restrictions are lifted on October 11.

That would still be relatively modest compared with last year’s 83 trillion yen in overall exports and roughly JPY550 trillion GDP, but marks steady progress for agricultural exports, which totalled just JPY450 billion in 2012.