THE WASHINGTON POST – Though it throws out about 90 pounds of food per person every year, Japan doesn’t rank at the top of the world’s list of waste offenders. Still, what’s discarded represents a serious problem for an island nation with limited landfill space and a goal of greater sustainability.

Here are three companies with solutions that they hope will help their country cut its food waste in half by 2030, perhaps saving a bit of the planet along the way.

A TRAIN RUN ON ANIMAL FAT FROM SOUP

After a powerful 2005 typhoon destroyed the railway in Takachiho, a town of about 12,000 people in southern Japan, local leaders decided it was too expensive to restore all train operations. The loss put an essential source of the town’s economic activity at risk.

The rebuilding that began on the railway itself is still underway. But a two-car, open-air train that offers tourists breathtaking countryside views now runs daily – its fuel processed from leftover animal fat from tonkotsu ramen soup and cooking oil waste from tempura, which is gathered from about 2,000 restaurants in Japan.

The chief executive of the company working to rebuild the train operations, Takachiho Amaterasu Railway, focussed on environmental issues from the start. Fumihiko Takayama believed the town’s residents were partially responsible for the storm’s devastation because of the trees that had been cut down for housing and business development. He wanted to ensure the company’s work didn’t cause further harm. 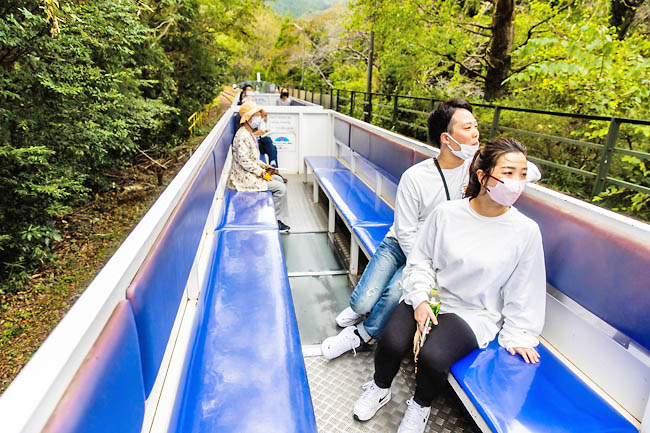 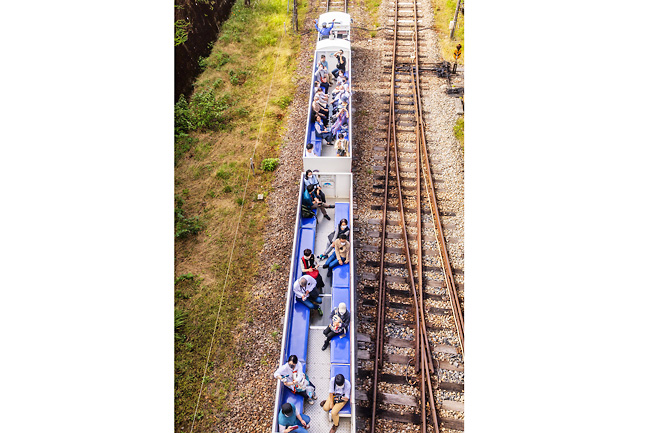 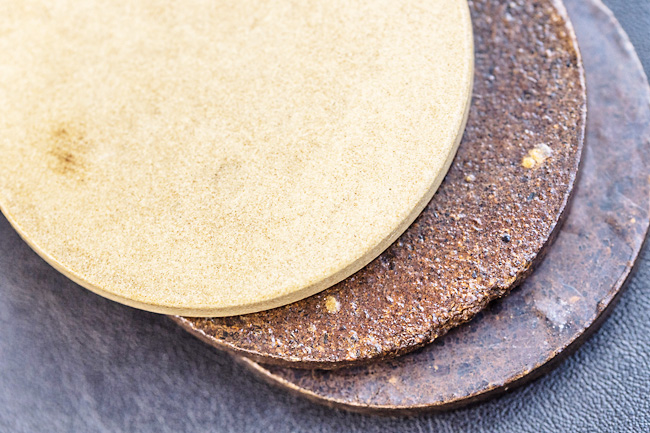 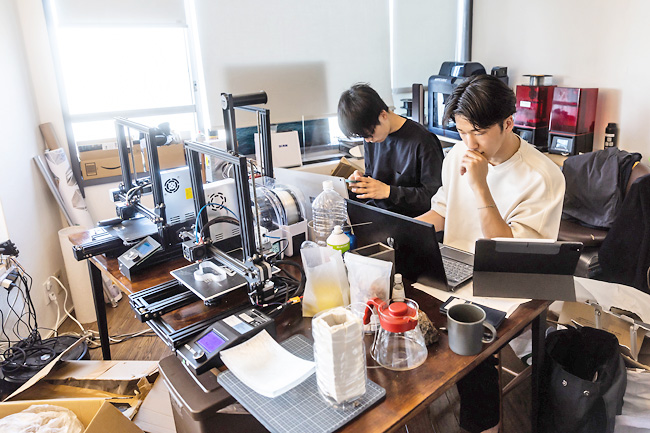 Amaterasu is working with Nishida Shoun, a transportation company in Fukuoka, which produces about 3,000 litres of biodiesel daily at its plant. The fuel powers the Amaterasu Grand Super Cart on the scenic, three-mile round-trip journey taken by thousands of tourists from Japan and abroad.

“We wanted it to be something more than just a tourist attraction, that could inform people about the history, culture and environment,” said company’s managing director Hiroyoshi Saitoh. “By implementing the biodiesel, we wanted people to become more conscious about environmental issues as well as biodiesel, especially for the students that come here on school trips.”

One thing many of them notice: The biodiesel smells like tonkotsu ramen or fried rice from a Chinese restaurant. And the minimal smoke it emits is white, a big difference from the thick black smoke and gasoline smell of regular diesel.

Concrete is the most widely used construction material in the world, and its key ingredient, cement, is a major polluter of greenhouse emissions – accounting for eight per cent of global carbon emissions, according to international research group Chatham House.

So what if a more sustainable alternative were possible by making cement with food waste, which also would help reduce greenhouse emissions from landfills where that waste would otherwise be dumped? That’s the idea behind Fabula, a Tokyo-based start-up.

Researchers at Fabula created a recipe to create food concrete by drying food scraps, compressing them and pressing them into a mould at a high temperature. The company, founded in 2021 by researchers at the University of Tokyo, began with commonly discarded items like cabbage, orange peels and onion peels but found that almost any food item can be used. (Even a bento, or a boxed lunch, from a convenience store worked.) It now takes mostly coffee grounds and tea leaves to make its cement.

The product’s durability depends on the ingredient.

Fabula is currently producing made-to-order household items, such as coasters and dishes, while awaiting its patent. The goal is to make furniture and larger structures once the technology is able to make the cement more durable.

The company hopes to work with farmers who have surplus crops and construction companies looking for sustainable alternatives. Food manufacturing companies that cannot avoid generating waste during their processes have also reached out to work with the company, said Fabula’s Chief Commercial Officer Takuma Oishi.

“We also hope that we can maybe become some sort of a matching service between companies that have food waste and companies who want to build things out of such materials,” he said.

Since the cement is 100 per cent edible, it could create opportunities during disaster response when temporary structures need to be built quickly, Oishi added. The evacuees placed in them might even turn to them for sustenance.

If the technology advances enough, he suggested, someday evacuees may be able “to eat the homes or furniture when necessary”.

SITTING ON EGGSHELLS IN 3D-PRINTED CHAIRS

The 15th Century Japanese technique of kintsugi – which means “to join with gold” – uses lacquer mixed with powdered gold to repair shattered pieces of pottery. Its underlying ethos is that mistakes and imperfections can become something beautiful and meaningful.

Chief executive of the Tokyo-based design company NOD Yusuke Mizobata, considers kintsugi a predecessor of the modern concept of upcycling. It’s the inspiration behind his work to turn coffee grounds and eggshells into minimalistic 3D-printed furniture.

“I think upcycling is actually a very natural part of Japanese culture, but things have become too convenient today, where we can buy everything we need,” he said. “In the past, people utilised what they had around them in more creative ways… With technology, we can encourage people to do so.”

The idea came about as Mizobata and his colleagues were working on spatial design projects and saw how quickly furniture would be built and then dismantled for commercial spaces such as hotels. They wanted to find a more sustainable option.

Their 3D printing ink is made from coffee grounds, egg shells and other food items that are dried and blended with resins. That mixture is turned into pellets that are melted for the ink they need. Japan, Mizobata noted, is one of the few countries with 3D printers that can create materials as tall as about 10 feet.

NOD makes furniture on a commission basis, but its CEO hopes the technology will become more accessible and common so that people can easily create items with food items they would otherwise throw out. Ultimately, Mizobata hopes the growth of furniture made from food waste might help to change people’s mindsets about consumption and encourage them to upcycle rather than buy new.

“While people are now more conscious about upcycling and sustainability, it’s still difficult for many to integrate it in their daily lives,” he said.