It is always tea time

Tea is said to have originated in northeast India, north Myanmar and southwest China, though it isn’t known exactly where the first plant was grown.

There is evidence of tea being consumed in China 5,000 years ago. Today it’s the second most popular drink in the world after water.

In general, tea has a lower level of caffeine than coffee, and some find it relaxing to have tea in the evening depending on their tolerance.

Florence, a fan of tea, usually drinks during certain times, “especially in the morning when I just get up and don’t feel like eating anything yet”.

“A cup of hot Earl Grey with a cube or two of brown sugar makes my stomach warm and ready for the day,” she said.

Because of its fragrance, the blend is among her favourites, she said, adding “I think the smell of tea is important too. You drink with your nose first.”

The signature scent of Earl Grey is derived from bergamot oil. She can’t put words to the fragrance but said she can recognise its distinct smell immediately after taking a whiff. “If I smell it, I know its Earl Grey.” 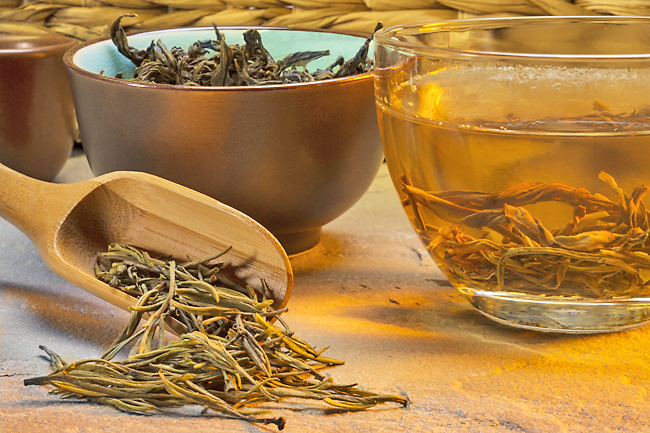 She also enjoys green tea, especially when she’s eating Japanese food. “Or when at home I’ve had something greasy, I have a hot cup of green tea to wash down the grease in my system,” she said.

Another tea she likes is yuzu tea – a type of Korean tea which has a sweet and citrus fragrance. “If I want a boost of Vitamin C and something warm or I have a sore throat, this is the tea to go to.”

Unlike most other teas which either come in tea bags or loose leaves, yuzu tea comes in a jar and has a pulpy, jam-like consistency resembling orange marmalade. To prepare a cup, simply take a spoonful and mix with hot water.

Florence likes to drink it together with the sweet pulp, but it’s fine to just drink the liquid. “It’s very comforting and it doesn’t contain caffeine,” she said.

Dizah, another fan of tea, usually drinks a cup “once in the morning and once again in the afternoon, or at night sometimes. But definitely for mornings”.

She considers tea to be a part of her breakfast and finds it relaxing to sip a hot cup while on the computer.

“Coffee makes me jittery,” she said, preferring the lower caffeine levels of tea over drinks like black coffee.

Mint tea is one of her favourites, prepared using fresh mint leaves from her garden and a regular tea bag.

When she’s at a restaurant, she likes to treat herself to a glass of iced Teh C Special. “Other than that, I like Darjeeling tea. Does boba milk tea count?” she said.

Although she likes tea, there is one variety she isn’t particularly fond of. “It’s always an automatic no from me if I’m offered green tea at a sushi place,” shared Dizah. She tried to like it, but it just didn’t quite work out. “It’s tasteless.”

With so many types of tea out there, it can be difficult to pick one as a starting point. I asked both what they would recommend to someone who doesn’t really drink tea?

“Probably bubble tea to start,” said Florence with a laugh. “Or Teh Tarik or any kind of milk tea. Something sweet and milky. It’s easier to get used to.”

After that, slowly move to drinking the tea without any milk and sugar to see if they really like the tea itself. If they’re up for something different, try yuzu tea, she said.

Meanwhile, Dizah recommends mint tea – just a cup of tea and some fresh peppermint leaves. “Hot lemon tea with honey is nice too!”