CNA – The Islamic State (IS) group in September 2022 called on Muslims in Singapore – along with those in other Asian states – to come forward to join the terror group, according to a report published by the S Rajaratnam School of International Studies (RSIS) on Tuesday.

In the 36-minute recording, IS spokesman Abu Umar al-Muhajir called on Muslims around the world to join the ranks of the militant group.

He “especially” called on Muslims in East Asia – from the Philippines, Singapore, Malaysia, Indonesia, India and other countries – to join Islamic State since they were “especially oppressed and humiliated in this region”, according to a transcript by the Meir Amit Intelligence and Terrorism Information Center.

Abu Umar also called on IS operatives in East Asia to fight against “communists” and “infidels” in their countries. 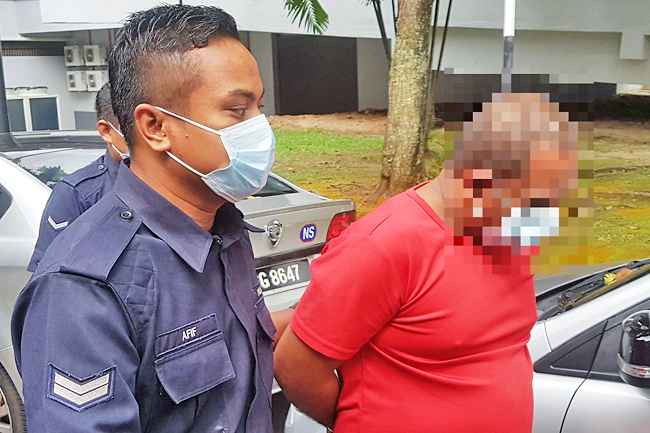 RSIS’ 116-page report noted that Singapore’s Internal Security Department (ISD) had assessed that the threat from “extremism and terrorism” – both from organised groups based overseas and lone actors based locally – remained high in 2022. In a section focussed on Singapore, RSIS analysts Kalicharan Veera Singam and Abigail Leong described the Internet as continuing to play a “pivotal” role in sustaining the momentum of the global extremist movement.

Developments in the region and further abroad may also reverberate closer to home, they said, citing how the Taleban’s return to power in Afghanistan has stirred lingering concerns of a resurgence in extremist activity in Southeast Asia.

“This is especially given the historical nexus between the Taleban, Al-Qaeda and regional networks like JI (Jemaah Islamiyah),” they said. “More than a year on, however, there is limited evidence of collaboration between the abovementioned terrorist groups, or of Southeast Asian extremist performing (migration) to the Afghan theatre.”

While the RSIS report said there were no specific or credible terrorist threats to Singapore currently, it warned that the country continues to feature in the propaganda of terror groups like IS, and remains a high-value target for both terrorist organisations and lone actors.

The report’s authors added that issues around race and religion remain potential fault lines in Singapore, which could be manipulated by extremists.

They pointed to the case of Australian national Andrew Gosling, who was sentenced to jail in April last year for throwing a bottle from his condominium toward a group of Malay Muslims gathered on the ground floor, and killing an elderly man in the process.

Last month, a former polytechnic lecturer was also sentenced to jail for racist remarks against an interracial couple.

“While these are isolated and one-off incidents that are not part of a wider domestic trend, they highlight the importance of maintaining tolerance and harmony in Singapore’s society, given a global climate currently challenged by extremism and violence,” said the RSIS analysts.