“Iraq looks forward to receiving further United Nations (UN) support in reconstructing the liberated areas affected by the occupation of Islamic State (IS) militants,” al-Kadhimi told the general debate of the 77th session of the UN General Assembly, saying that would help these cities and their people to return to normal life again.

Talking about climate change, he said the country “is going through difficult climate conditions due to the scarcity of water resources. This has recently led to the drying up of most of the Iraqi marshes areas and caused damage to the livelihoods of hundreds of families living there”. As we suffer from climate change, we will also suffer from the measures taken to address this phenomenon, and the reduction in dependence on fossil fuels,” said al-Kadhimi, adding that the the efforts in clean energy will be a heavy burden on the country’s economy. 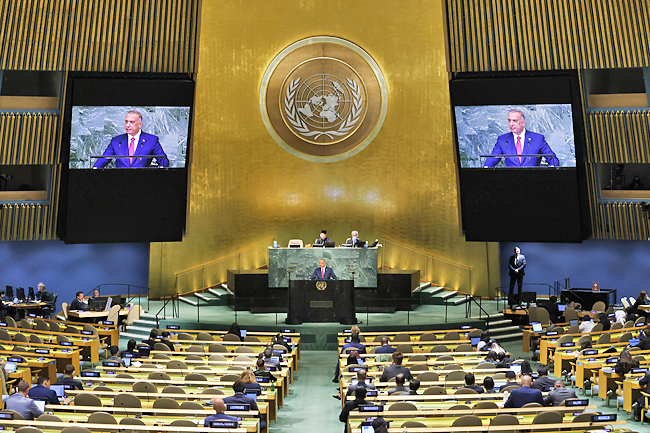