THE STAR – The Fire and Rescue Department in Ipoh, Malaysia, will continue its search and rescue mission (The Star pic, left) to locate the remains of the second victim buried under rubble from a rockfall in March at a quarry in Keramat Pulai.

Operations deputy director Muhamad Shahrizal Aris said operations would continue depending on the weather. He said the department received a call from the police on the discovery of the remains of the first victim at 10.20am yesterday.

“The operation has been ongoing since March and has been carried out by quarry workers. The department’s K-9 unit has also been deployed to locate the remains of the second victim,” he said. 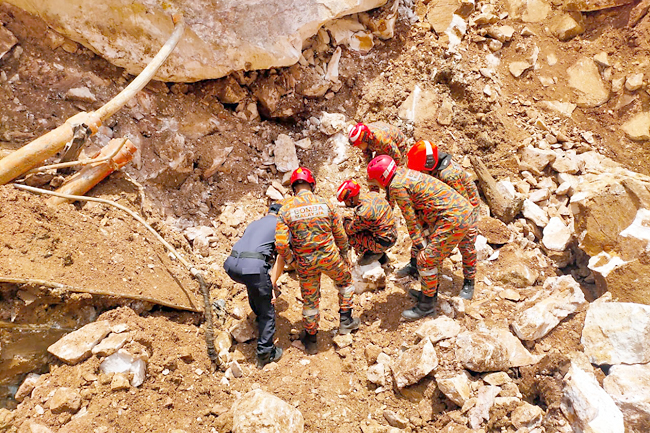