Instagram users in the Sultanate stand at 250,000 or 70.5 per cent of the country’s population. Most of the users are females at 53.8 per cent and 46.2 per cent are male, according to Hootsuite and We Are Social annual Digital 2022 report published recently.

Brunei’s Instagram users are the highest globally in terms of population ratio reaching audiences of 89 per cent or 319,900 users (by eligible audiences above 13 years) while for Facebook, the Sultanate stands at 17th place globally with 83 per cent (298, 600 users).

No figures were found for WhatsApp, YouTube and TikTok users in the Sultanate.

The top three search queries on YouTube for Bruneians are songs that dominate the top two spots followed by karaoke. 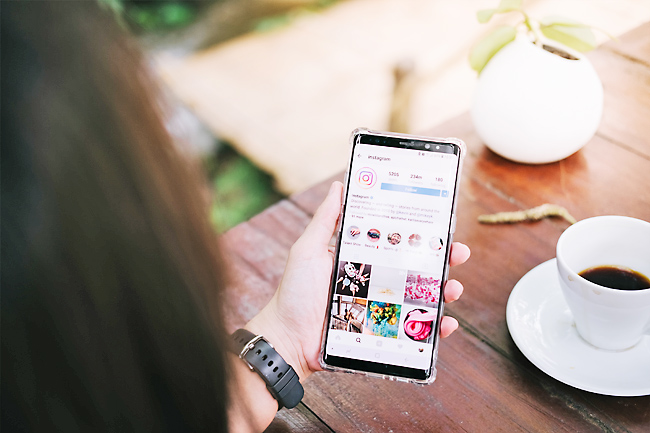 The report also said 99.3 per cent of local users access Facebook via any kind of mobile phone. Meanwhile, the total number of active social media users stood at 435,000 or 99 per cent if we consider in terms of percentage of the total population. It corresponds to an increase of 7.3 per cent annually.

Mobile connection as percentage of total population was 129.3 per cent. The overall country index score is 67.36 per cent.

The annual Digital 2022 report mobile now accounts for 53.5 per cent of global daily Internet usage, an increase of 1.3 per cent compared to 2020. Internet users in the Philippines and Thailand spend the longest time on mobile in the world, at five hours and 47 minutes and five hours and 28 minutes per day, respectively, compared to the three-hour-43-minute worldwide average. Japanese have the lowest mobile Internet usage at one hour and 39 minutes per day.

Global Internet users have climbed to 4.95 billion at the start of 2022, with Internet penetration now standing at 62.5 per cent of the world’s total population. Data shows that Internet users have grown by 192 million (4.0 per cent) over the past year, but ongoing restrictions to research and reporting due to COVID-19 mean that actual growth trends may be considerably higher than the figures suggest.

Facebook remains the world’s most used social platform with 2.91 billion. However, YouTube is closing the gap with 2.56 billion users, WhatAapp (two billion), Instagram (1.47 billion), WeChat (1.26 billion) and TikTok (one billion).

Southern Asia has 18.1 per cent of the world’s Internet users, yet it has among the lowest Internet adoption at less than half (46 per cent) of the total population – which explains why it has become a key target for tech companies looking for new growth.

Internet adoption is highest in Europe and North America and lowest in Middle and Eastern Africa. Eastern Asia has the highest proportion of global Internet users, housing 24.7 per cent, while Southeast Asia houses 9.8 per cent. By comparison, the proportion of global Internet users in Europe and North America is 13.6 per cent and seven per cent, respectively.