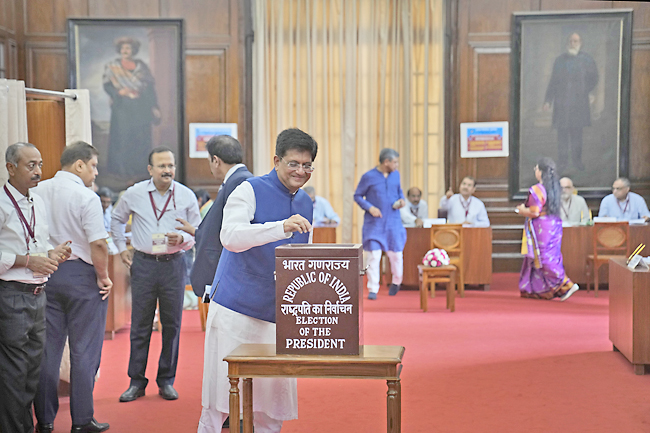 NEW DELHI (AP) – Lawmakers began voting on Monday to choose India’s next president in an election expected to be won by a tribal woman from India’s ruling Bharatiya Janata Party (BJP).

The election of Draupadi Murmu is a formality as Prime Minister Narendra Modi’s BJP controls enough seats in federal and state legislatures to push its favoured candidate. She is also likely to get the support of other regional parties in state assemblies.