NEW DELHI (AP) – Asia’s richest man, Gautam Adani, made his vast fortune betting on coal as an energy-hungry India grew swiftly after liberalising its economy in the 1990s.

He’s now set his sights on becoming the world’s biggest renewable energy player, by 2030, adroitly aligning his investments with the government’s priorities.

As India grapples with climate change, the Adani Group, whose operations also span ports, power, farming and defence manufacturing, plans to invest USD70 billion in solar, wind and other green energy projects over the next decade.

He fits the government’s need for “national champions”, both to meet domestic goals and as private sector partners in strategic projects outside India, said an economist Mihir Sharma at the Observer Research Foundation, a New Delhi-based think tank. 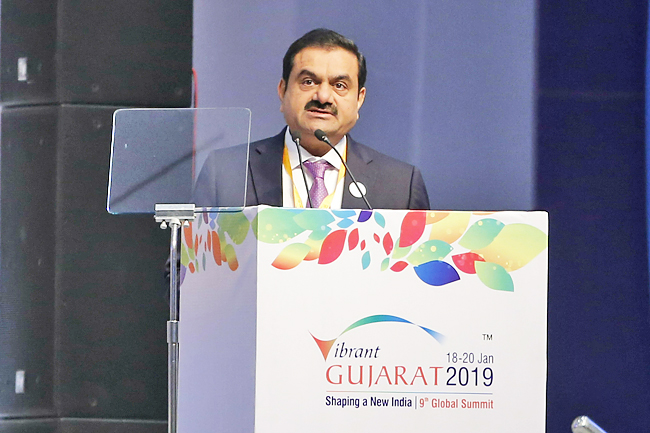 Since Modi became prime minister in 2014, having at times campaigned using a private jet owned by the tycoon, Adani’s net worth has shot up nearly 2,000 per cent to USD125 billion, according to Bloomberg’s Billionaire Index. He surpassed Amazon boss Jeff Bezos to briefly become the world’s second richest man in September after a surge in the value of his seven listed entities.

Adani’s businesses have won multibillion-dollar contracts to build ports, highways and power plants. The industrialist’s ambitions include developing drones and ammunition, the key to the government’s goal of boosting military-related exports to USD5 billion while slashing costs for expensive imports.

Adani has also invested in agriculture, a huge priority for Modi given the importance of the farm vote. Though his wealth was built from coal mining and other heavy industries, early on Adani recognised the promise of renewable energy, said Director of Australia-based Climate Energy Finance Tim Buckley, who has been tracking investments in renewables in Asia for decades.

“I don’t think Gautam Adani thinks about climate science – but what he does do is understand the geopolitical and economic interests of India and he positions himself to solve that problem for his own and India’s benefit,” Buckley said.