The decision follows a similar measure for wheat and comes amid signs of tightening world supplies.

Estimates vary but the country is expected to produce more than 30 million tonnes in this growing season, and domestic consumption is estimated at about 28 million tonnes, with domestic reserves at roughly eight million tonnes.

In the current June-October sugar season, contracts for export of about nine million tonnes have been signed and 7.8 million tonnes were already exported, the government said in a statement.

Sugar mills and exporters will need to government approval for exports beginning next month, it said.

Sugar consumption tends to shoot up during India’s major festival season from September to November.

Sugar prices have remained relatively stable but retail inflation rate surged to an eight-year high of 7.8 per cent in April. The government has announced tax cuts on petrol, diesel, coking coal to try to curb inflationary pressures. 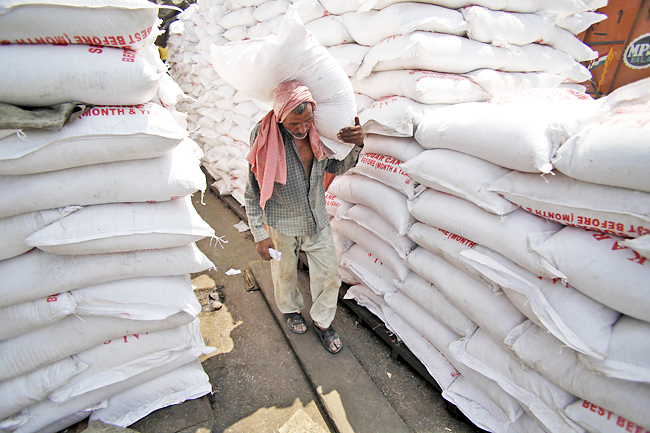