In Vienna, snails are slowly reclaiming their culinary fame

VIENNA (AFP) – On the outskirts of Vienna, farmer Andreas Gugumuck tosses some extra cereal to thousands of snails inching over planks and lush greenery. Far from being pests, the slow-moving molluscs have become his main produce.

“It started as a joke,” said 48-year-old Gugumuck, a former computer scientist who now raises more than 300,000 snails annually in an effort to resurrect a lost culinary tradition of the Habsburg empire.

Twelve years ago, an article featuring a renowned Vienna chef serving snails piqued his interest. After some research and poring over old cookbooks, he “found out that Vienna was a real snail capital”.

Back when this predominantly Catholic country strictly observed religious holidays, wealthy priests and monks were forced to give up meat during Lent and other religious holidays – and found snails to be a worthy, less sinful substitute.

In the 19th Century, snails gained popularity across the city of Vienna, with a market in the centre serving them deep fried, sprinkled with sugar, or with a side of cabbage or beef.

Though France is well-known for its garlic and butter escargots, in Vienna, snails used to be so popular they were shipped down the Danube by the barrel load. 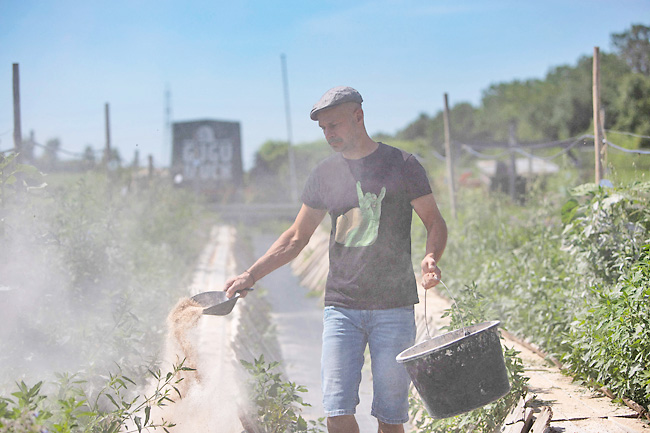 In Gugumuck’s restaurant next to his farm, he now serves snails in risottos and on pizzas, stuffed in dumplings, with sausages, as “snail and chips”, and even in sweet cinnamon buns.

Making it in the snail business wasn’t easy, he said. He recalled how chefs around the city initially turned their noses up, thinking diners would steer clear of intimidating invertebrates.

But Gugumuck started setting up events and guided tours at his snail farm to re-establish the tradition, and today, some of those chefs look enviously at the small bourgeoning enterprise which, Gugumuck said, is fully booked eight weeks in advance.

Greater awareness of meat-eating’s environmental impact has also helped boost business, Gugumuck believes. Snails need little space, water or food, but he said they are packed with four times as much protein as beef, making them “a real future food”.

For the most part, Gugumuck’s customers are pleasantly surprised.

“It’s a great taste – you have to try it,” said Patrick Filzmaier, a 33-year-old bank employee who attended a tasting at the farm, complete with electro music.

He likened the flavour to nuts, meat, and baked goods.