COPENHAGEN, DENMARK (AP) – A 50-year-old Russian man has been detained in Arctic Norway with two drones and is suspected of flying the unmanned aerial vehicles somewhere in the country.

Numerous drone sightings have been reported near Norwegian offshore oil and gas platforms in recent weeks.

The Russian citizen, who was not identified, was detained on Tuesday.

Norwegian media reported that customs officers found two drones and several electronic storage devices in his luggage during a routine check at the Storskog border crossing, the sole crossing point between NATO-member Norway and Russia. Norway’s Arctic border with Russia is 198 kilometres long.

He is suspected of breaching sanctions which came into force after Russia went to war against Ukraine, prosecutor Anja Mikkelsen Indbjør told Norwegian broadcaster NRK. Under Norwegian law, it is prohibited for aircraft operated by Russian companies or citizens “to land on, take off from or fly over Norwegian territory”. Norway is not a member of the European Union (EU) but mirrors its moves. 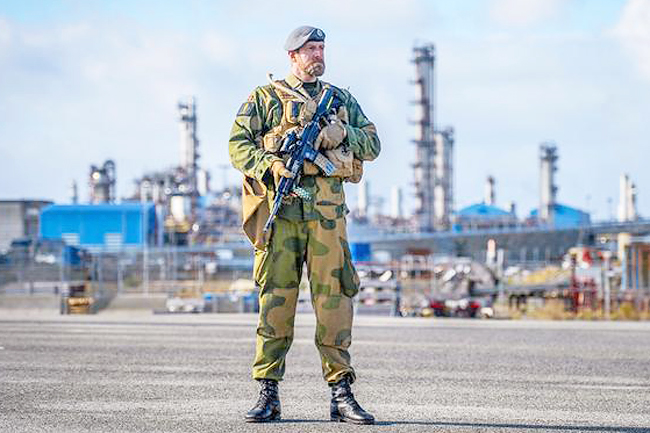 The VG newspaper said that a local court yesterday ordered the man held for two weeks in custody. The man told the Indre and Oestre Finnmark District Court that he had been in Norway since August and had flown drones throughout the country, VG said. The seized material included four terabytes of stored images and files, with parts of them encrypted.

The man’s defence lawyer, Jens Bernhard Herstad, told Norwegian daily Dagbladet that his client has acknowledged flying the drones but has declined to say what he was doing in Norway.

“It is known that we have an intelligence threat against us which has been reinforced by what is happening in Europe,” Enger Mehl told NRK.

There is heightened security around key energy, Internet and power infrastructure following last month’s underwater explosions that ruptured two natural gas pipelines in the Baltic Sea that were built to deliver Russian gas to Germany.

The blasts and ruptures in the Baltic Sea happened in international waters off both Sweden and Denmark but within the countries’ exclusive economic zone. The damaged Nord Stream pipelines discharged huge amounts of methane, a potent greenhouse gas, into the air.