In Canada’s boreal forest, one man works to save the caribou

PESSAMIT, CANADA (AFP) – Even though he lives in the middle of Canada’s boreal forest, Jean-Luc Kanape can sometimes go weeks without seeing a single caribou. But for as long as he can remember, animals have been part of his life.

For centuries, “our ancestors survived thanks to the caribous – using its meat, pelts and tools made from its bones”, said a member of the Innu Indigenous group Kanape.

The caribou is a symbol of the power of the subarctic boreal forest, but also the beating heart of Canada’s Indigenous culture.

But the broad-snouted deer is “at risk”, Kanape said, notably because of the loss of its natural habitat.

In Quebec province, the animal’s future is threatened by the lumber industry, which is crucial in some areas, providing 60,000 jobs, but which also contributes to mass deforestation. 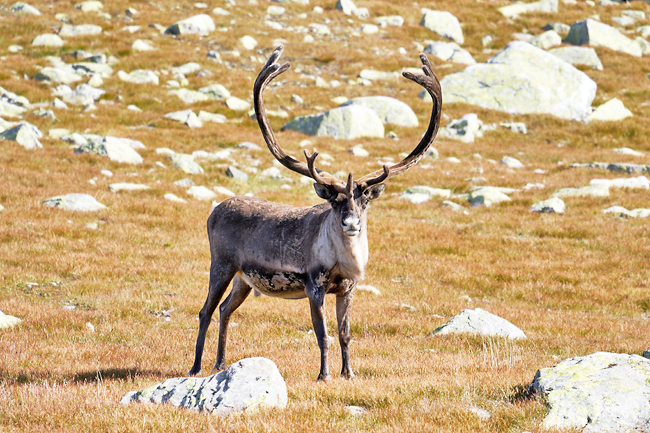 Governments “are supposed to protect all living beings in their territory” but “did nothing” for the caribous, said Kanape, who helps the community identify and tag the remaining herds.

All around the 47-year-old’s cabin, located not far from the St Lawrence River but a two-hour drive from the nearest village, there is evidence of deforestation – the once lush mass of spruces and poplars has been hacked up.

As seen from above, the woods look like a jigsaw puzzle that has been taken apart. In some areas, trees line the ground – they will be chopped up and taken away. for the most part, they are pulped to make paper or used in construction.

Recent data suggested that caribous, which are called reindeer in Europe, have a better chance of survival if at least 65 per cent of their living habitat is preserved.

But in this part of Canada, roughly 80 per cent of their habitat has been disturbed in some way.

Tree harvesting helps renew the forest, but that also brings about changes in the native flora and fauna.

Moose have arrived en masse – which also means the animals that prey on them have arrived too, notably wolves, whose migration has been facilitated by paths cut in the wilderness by the lumber companies. When new trees sprout up, the tiny fruit bushes that crop up alongside them also bring bears – another hunter of caribous – to the area.

When Kanape heads out to track caribou herds, he uses both ancestral teachings and surveillance data collected by drones.

Whether travelling by boat along the river, in his pickup truck or on foot, he scours the ground for hoof prints. Each autumn, those hoofs adapt, their edges sharpening to allow the caribous to break through the ice to get at a major food source: lichen.

In recent weeks, Kanape was tracking a female caribou and her calf, who were living in a partially deforested area -putting them at risk.

“How can I make them understand that they’d be better off in more wooded areas?” said Kanape. “She came here because she knows the area, which is normal.”

He sometimes chases away the wolves to give the caribous a better chance to survive through the summer.

As things stand now, a precipitous fall in the calf population of the region’s caribous makes their long-term survival not very likely, experts from Quebec’s forests ministry warned.

From the Canadian Rockies in the west to Quebec’s forests in the east, the caribou has seen its territory dwindle over the last 150 years, and the population has declined – a shift that nothing seems to reverse.

Since 2003, the caribou has been listed as a species at risk of extinction and is one of the most studied animals in North America.