The IMF forecast gross domestic product (GDP) growth at five per cent in 2022 for countries in the region.

For oil-exporting nations, growth was projected at 5.2 per cent, mainly due to high oil prices and robust GDP growth in other countries, which offset the impact of high food prices.

But the rate of growth is expected to slow in 2023, due in part to inflation driven by high food and commodity prices, the report said. And the outlook remained so dire for politically unstable Lebanon and war-scarred Syria that the IMF reported no economic projections for either.

Higher energy prices sustained oil-producing nations, such as Saudi Arabia, where economic growth is expected to hit 7.6 per cent this year. 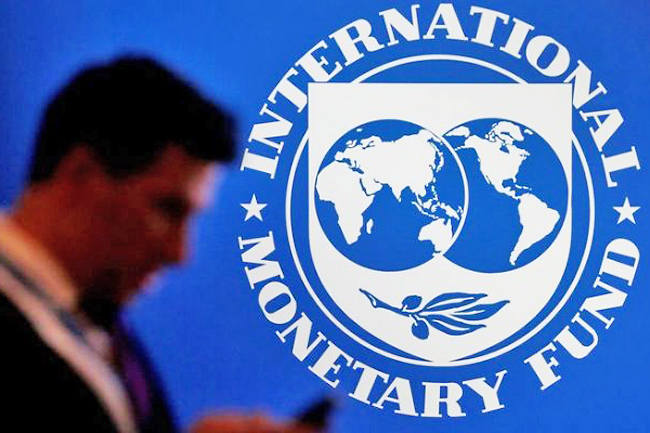 Oil exporters are also benefitting from trade diversions caused by the war in Ukraine, as some European countries look to replace their oil purchases from Russia.

As a whole, the IMF expects that in the next five years, the level of additional inflows and financial reserves to Mideast oil-exporting countries will exceed USD1 trillion.

The extra financial inflows are critical to Gulf Arab countries as they try to diversify their economies away from dependence on oil and as the world seeks greener technologies to power industry.

Growth in the region next year is projected at 3.6 per cent due to worsening global conditions such as the consequences of the war in Ukraine for commodity prices and the slowing global economy. For oil exporters, growth will likely slow to 3.5 per cent as oil prices weaken, global demand slows and OPEC production reduces.

“We expect the outlook for next year to be less variable than this year, growth will go down for both oil-exporting countries and oil-importing countries,” Director of the IMF’s Middle East and Central Asia department Jihad Azour told The Associated Press.

Inflation, meanwhile, is expected to remain in the double digits in the region in 2023, for the third consecutive year. For Sudan, the situation is particularly dire.

Consumer price inflation has surpassed the double digits and is forecast to hit 154.9 per cent this year. In 2021, the figure hit a whopping 359 per cent, skyrocketing since the country’s 2019 ouster of autocrat Omar al-Bashir.

“Inflation surprised on the upside, this is the third year where you have double-digit inflation especially for the oil-importing countries … We expect still that inflation will remain high next year driven by high food and commodity prices,” Azour said.

The IMF has warned that high food and fertiliser prices can create severe food security challenges for low-income countries, which could lead to social unrest.

Food prices are still above their 2021 average and expected to increase by more than 14 per cent year-on-year in 2022, according to the report.

And although wheat prices are lower than their prewar levels, due to the agreement between Russia and Ukraine to resume Black Sea grain exports, they remain about 80 per cent higher than their average in 2019.

The invasion of Ukraine has impacted exports like sunflower oil, barley, and wheat worldwide.