WASHINGTON (AFP) – Brandon Wu lit up a dreary day with a buzzer-beating hole-out eagle that gave him a share of the early third-round lead before play was halted on Saturday in the US PGA Tour Wyndham Championship.

Wu, a 25-year-old rookie seeking his first tour title, was tied with South Korean Im Sung-jae on 12-under par, both of them through 11 holes when play was suspended on a day that saw two weather delays.

Officials had hoped to resume in time to squeeze in another hour of play at Sedgefield Country Club, but those plans were scrapped as thunderstorms continued in the Greensboro, North Carolina, area.

Wu started the day in a three-way tie for the lead along with South Korean Kim Joo-hyung and American Ryan Moore.

At the difficult par-four 11th, his second shot from 147 yards out in the fairway took a couple of bounces on the green then curled into the cup moments before the horn sounded to halt play a second time. 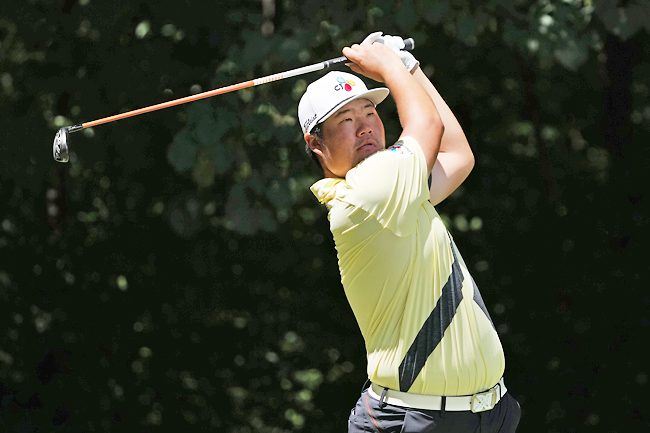