REYKJAVIK (AFP) – Is your out-of-office reply not enough for you to let go of the reins?

Icelandic horses can now reply to your emails instead, in a free service just launched by a tourism marketing agency.

In a whimsical promotional video, the Icelandic agency reveals the secret to the service: a giant keyboard set against the backdrop of the island’s scenic landscape upon on which horses – of the famous Icelandic breed – happily stomp.

The results may not contain the same professional tone as a personal secretary would, instead the horses opt for more unorthodox greetings such as “JJJJJJJJJ” or “8io:l:;l:oiiþ::”.

Still some 8,000 people have already signed up for the service, dubbed ‘OutHorse Your E-mail’.

“Iceland has launched its ‘OutHorse Your E-mail’ service to help travellers disconnect and enjoy everything the country has to offer, without interruption,” Head of Visit Iceland Sigridur Dogg Gudmundsdottir told AFP.

The tourist agency, which was inspired to launch the service after its own survey showed that 55 per cent of people said they check their e-mail at least once a day while on holiday, has a track record of ads that go viral. 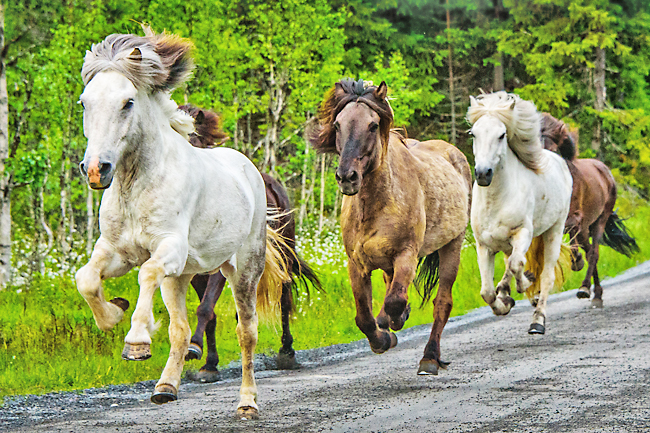