An Iban family of four embraced the Islamic faith in a ceremony at the Serikandi Restaurant and Café ballroom in Kuala Belait yesterday.

Head of Religious Officer at the Belait District Religious Affairs Office Mohamad Aliyani bin Ismail was the guest of honour. 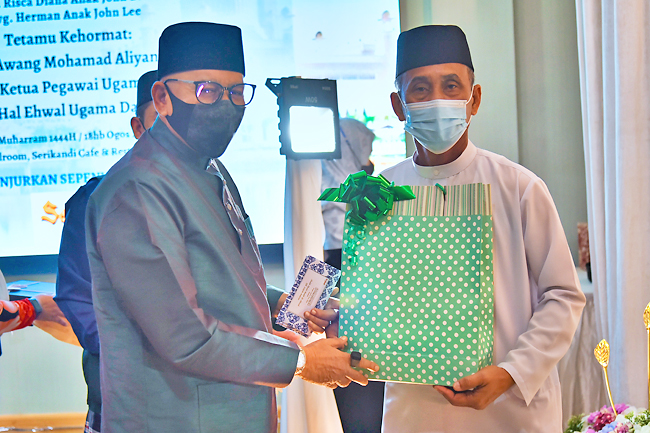 The guest of honour presented gifts and tokens of appreciation to the new coverts.

Shaikh Haji Khalid also presented gifts to the head of the family.

The event concluded with a Dikir Marhaban and the sprinkling of scented flowers.

The Dakwah Unit has recorded 273 individuals who have embraced the Islamic faith across the nation since the beginning of the year, and of the total, 46 are residing in the Belait District.