MILAN (AP) – Edoardo Ronzoni inspects a construction site near Milan that he shut down in March as costs for materials skyrocketed. He can’t complete a half-built roundabout at an intersection known for fender-benders because asphalt, cast-iron pipes and concrete are too expensive – prices exacerbated by Russia’s war in Ukraine.

Public works projects in Italy are grinding to a halt just as the European Union (EU) is injecting EUR108 billion (USD114 billion) in pandemic recovery money meant to launch a construction frenzy.

Ronzoni laments that his company has already lost its three busiest months and expects the worst is ahead: “We fear we won’t be able to work this year. We are closing all of our sites.’’

The war has accelerated inflation across Europe and the world, with prices for energy, materials and food surging at rates not seen for decades. It’s causing sticker shock at the grocery store, gas pumps, electricity bills and construction sites.

Soaring oil and gas prices are the key driver of inflation in Europe, which is heavily reliant on Russian energy to generate electricity and power industry. Inflation is expected to hit nearly seven per cent this year in the 27-nation EU and is contributing to slowing growth forecasts.

Fishmongers and farmers are being forced to charge prices for their catch and crops that even they see as astronomical. High fuel prices threaten to paralyse ground transport of goods. Bread prices are soaring from Poland to Belgium. Protests over price hikes have erupted in places like Bulgaria. While governments have responded with tax cuts and other aid, they face limits in easing the impact of volatile energy markets. 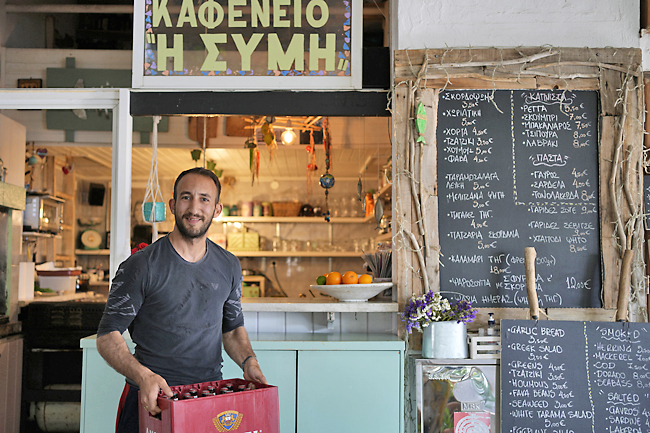 Even the thrifty, with backyard hens, are wondering if the price of feed is worth the eggs they yield. Alina Czernik, a shop assistant in Warsaw, does the math, as she sees prices of grain for her hen go up 150 per cent, to 200 zlotys (USD45) per 100 kilogrammes.

It is spreading a sense of futility, especially for those with low incomes.

“I’ve been a positive person, but for now, I can’t see the light at the end of the tunnel,” said Eva Fuchsova, a mother of three who lives in the town of Touskov in western Czech Republic.

“I have to tighten my belt. I buy fruits and vegetables so my kids have everything, but I don’t touch it,” she said.

Economists are calling it a perfect storm, striking as countries unleashed spending to spur an economic rebound from the COVID-19 pandemic. Surging customer demand overwhelmed factories, ports and freight yards, with resulting shortages driving up prices.

Add to that: The war in Ukraine has blocked exports of raw materials like steel and minerals that kept western Europe humming, as well as commodities like grains and seed oil, accentuating global shortages.

Inflation is running especially hot in central and Eastern European countries nearest the battlefields of Ukraine. Prices in April rose 14.2 per cent in the Czech Republic, 12.3 per cent in Poland and 10.8 per cent in Greece. They’re an eye-popping 61 per cent in Turkey, which saw its currency lose 44 per cent of its value against the dollar last year.

Shop workers from Warsaw to Istanbul said customers are cutting back, buying lower-priced items, giving up on niceties like fresh-cut flowers and items they can delay, like new clothes.

In the Turkish capital, butcher Bayram Koza said he has seen a 20-per-cent drop in sales after prices nearly doubled, largely due to the cost of feed. That is making livestock breeding unprofitable, and many farmers are selling and moving to the city, he said.

“Even in (the affluent district of) Cankyaya, people are no longer buying according to their needs, but according to what they can afford. Those who bought two kilos of ground beef are now buying a kilo at the most,’’ he said.

On the Greek island of Rhodes, fish restaurant owner Paris Parasos gets up at dawn to go out on fishing trips to keep costs down. But he has still had to raise prices at his restaurant in the island’s main town as cooking oil prices quadrupled.

Plus, cooking gas and electricity bills are three times higher.

“I could lower the quality and use the oil more, but I refuse to do it. We want customers to return and expect the same quality,” Parasos said.

In Poland, bread prices are up 30 per cent, sending shoppers to discount outlets. Bakers in Belgium are laying off workers, as prices for a loaf rise by 30 cents, to EUR2.70 (USD2.85).

“I know bakers who work 13 or 14 hours a day to get out of this and honour their loans,” Albert Denoncin, president of the French-speaking bakery federation, told La Premiere radio.

“We can do it for a while, but when I hear from the World Bank management that this will last until 2024, we are not going to make it.”

In Spain, truckers have gotten some relief on diesel prices thanks to government emergency measures, including a small rebate and permission to pass along higher fuel costs to customers.

“There is a lot of uncertainty, not just in our sector but across the board,” Baños said.

As a result, average new car prices in Europe are expected to rise USD500 to USD2,000 this year, according to Nishant Mishra, associate director of investment research at Acuity Knowledge Partners.

Back in Milan, the roundabout is just one of half a dozen sites Ronzoni has had to close in recent months. He finds himself unable to deliver the work at the contracted prices.

High costs mean companies are not bidding to take on public works, including a bridge in Rome that was to be the first project built with EU recovery funds. The money earmarked for infrastructure, worth nearly half of the EUR220 billion from the EU, is at risk – along with the jobs it would bring, according to ANCE National Association of Construction Workers.

The government has announced EUR3 billion to help cover increased prices, but builders it’s not sufficient, with costs up an average of 40 per cent, but sometimes much higher. Iron prices, for example, are up 170 per cent, Ronzoni said.