KHARTOUM (AFP) – Hundreds of Sudanese protesters demanding an end to military rule took to the streets of the capital Khartoum and its suburbs for a fourth straight day yesterday, witnesses said.

A violent crackdown by the security forces during mass rallies on Thursday killed nine people, the deadliest day for several months in the long running protests against a military takeover last October led by army chief Abdel Fattah al-Burhan.

Demonstrators demand a restoration of the transition to civilian rule that was launched after the 2019 ouster of longtime autocrat Omar al-Bashir, which the coup derailed.

“We will continue this sit-in until the coup is overturned, and we have a fully civilian government,” demonstrator Muayyad Mohamed told AFP.

The death toll from protest-related violence has reached 114 since last year’s coup, with the latest fatality recorded Saturday when a demonstrator died from wounds sustained at a June 16 rally, according to pro-democracy medics.

“We will not compromise until the goals of our revolution are realised,” said Soha, another protester. 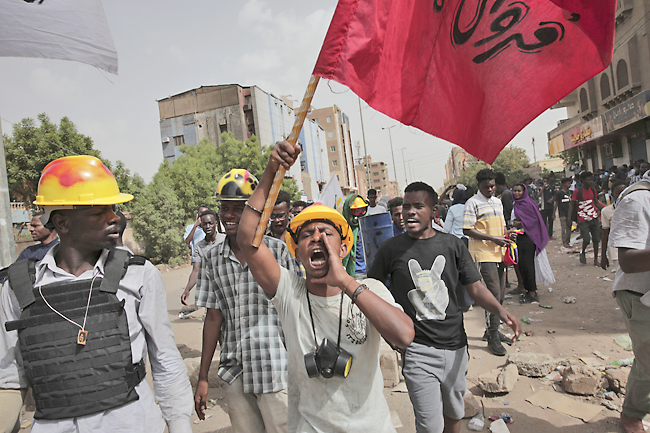