Studying how these conditions develop is incredibly difficult – animals do not experience them like people, and humans cannot simply be opened up for research.

Scientists can assemble small sections of human brain tissue made from stem cells in petri dishes, and have already done so with more than a dozen brain regions.

But in dishes, “neurons don’t grow to the size which a human neuron in an actual human brain would grow”, said the study’s lead author and professor of psychiatry and behavioural sciences at Stanford University Sergiu Pasca.

And isolated from a body, they cannot tell us what symptoms a defect will cause.

To overcome the limitations, researchers implanted the groupings of human brain cells, called organoids, into the brains of young rats. 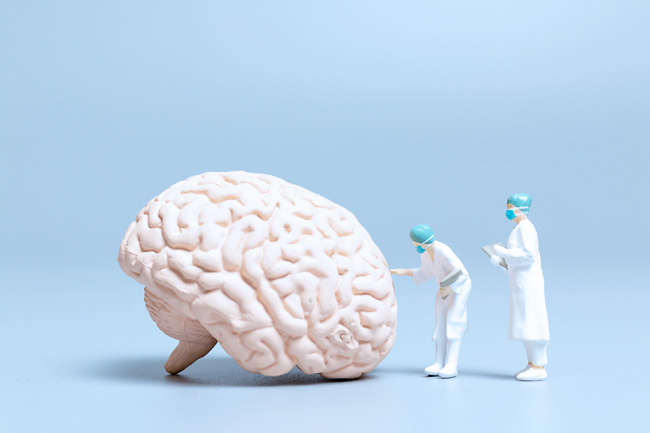 The rats’ age was important: human neurons have been implanted into adult rats before, but an animal’s brain stops developing at a certain age, limiting how well implanted cells can integrate.

That showed an input connection – external stimulation of the rat’s body was processed by the human tissue in the brain.

The scientists then tested the reverse: could the human neurons send signals back to the rat’s body?

They implanted human brain cells altered to respond to blue light, and then trained the rats to expect a “reward” of water from a spout when blue light shone on the neurons via a cable in the animals’ skulls.

After two weeks, pulsing the blue light sent the rats scrambling to the spout, according to the research published in the journal Nature. The team has now used the technique to show that organoids developed from patients with Timothy syndrome grow more slowly and display less electrical activity than those from healthy people.

Professor at the University of Edinburgh’s United Kingdom Dementia Research Institute Tara Spires-Jones said the work “has the potential to advance what we know about human brain development and neurodevelopmental disorders”.

But she noted the human neurons “did not replicate all of the important features of the human developing brain” and more research is needed to ensure the technique is a “robust model”.

Pasca said careful observations of the rats suggested the brain implants did not change them, or cause pain.