How to take care of your dryer

THE WASHINGTON POST – Lint is the big issue. Most people know to clean the lint filter after every load, but is it really necessary to use a lint brush or water, as some online advice suggests?

In truth, wiping the lint away by hand works best. Start at one edge of the screen and roll the lint into a wad as you clean to the other edge. Avoid introducing water. As a Maytag manual notes: “Wet lint is hard to remove.”

However, over time, residue – especially from fabric softener – can build up and block openings on the lint screen, so it makes sense to occasionally do a more thorough cleaning with water. After wiping off the bulk of the lint, as you’d usually do, take the screen to a sink. Run hot water over the mesh, then gently scrub both sides with an old toothbrush or nylon-bristle brush. Rinse the screen thoroughly, then dry with a clean towel. When you reinsert it, make sure it seats all the way.

Manufacturers make lint filters easy to clean, but that’s not true for other places where lint also collects, including the recess under the lint filter, the ducting that carries hot air away from the dryer, the vent hood on the outside of a home and the interior of the dryer’s cabinet.

Of these, the recess under the filter is easiest to clean. While the filter is out, look down and you’ll probably see lint and bits of debris that fell off the lint filter. A long-handled brush can extract most of this, but a vacuum works even better. Typical vacuum crevice tools aren’t long or skinny enough, so rig up a narrower, more flexible attachment. A length of vinyl tubing about half an inch wide and 18 to 24 inches long from a hardware store can work if you use a rag to plug the air gap where one end of the tubing fits a little ways into the wand. Or get a tool made specifically for this, such as the Sealegend dryer vent cleaner kit, which includes an optional guide wire to help you steer the tube. The attachment’s adapter fits over vacuum wands up to 62 millimetres in diameter. 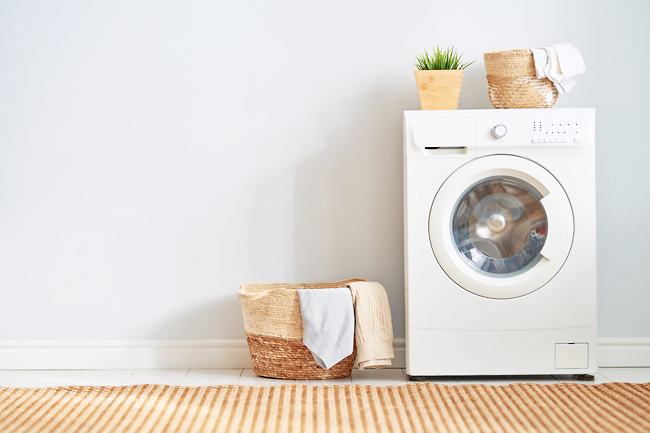 Also get in the habit of regularly checking and cleaning the vent hood, where dryer air exits your home. From the outside, wipe away lint that could keep flaps on the hood from opening and closing freely. If the opening is screened to keep out critters, be especially careful to clean the mesh frequently, so lint doesn’t build up and lead to a fire.

Twice a year to once every two years (depending on how much laundry you do), clean the piping that connects the dryer to the vent hood. One sign that it’s time to clean: The dryer stops drying clothes as well as it once did. Depending on your setup, cleaning the ductwork can be relatively straightforward, a big pain or almost impossible with home-owner tools.

If the dryer is close to the exterior wall where the air exits, and you have room to manoeuver the machine in and out or to access the back of the dryer from one side, you can probably do it yourself with no tools other than a screwdriver or wrench, a dryer vent brush and a shop vac. Unplug the dryer and, if it’s a gas model, turn off the gas and disconnect it. Loosen the hose clamps (ring clamps or screw clamps) or remove the duct tape holding the ducting between the machine and the wall. Then reach into the opening at the base of the dryer with the brush, loosen the lint and vacuum it out.

Also inspect and clean the ducting that links the machine to the wall. Replace bent or punctured flexible ducting or any made of plastic or thin foil. Use semirigid or rigid metal ducting, which is smoother inside and less likely to catch lint. Then reinstall the ring clamps and wrap the connections with aluminium-foil duct tape, which holds up over time better than regular duct tape. Don’t screw the connections together, because the screw tips would penetrate into the interior and trap lint.

If you have a long duct run, you won’t be able to reach far enough to clean effectively with a brush and shop vac. The dryer vent cleaner kit from Smart House Inc can clean ducts up to 20 feet long, but some customers have had sections break off deep in the ducts. And even if you have a short run, know that reinstalling ring clamps can be trickier than it seems, especially if the duct and the dryer vent don’t line up at a precise right angle.

Consider hiring a professional to clean the ducts, especially if you have a long run. These days, that probably means calling a company specialising in cleaning heating and air-conditioning ducts, because companies that repair appliances may no longer offer this service. A couple of companies on both coasts estimated the cost to clean a dryer vent at USD130 to USD160.

The remaining area to clean is the interior of the dryer cabinet. The Consumer Product Safety Commission and several manufacturers recommend hiring a professional to remove the top or front panel, depending on how the dryer is constructed, to access the innards of the machine and vacuum out lint that got past the dryer drum.

If you want to do this yourself, there are YouTube videos available for some models, and Family Handyman also has a useful guide online. But first be sure to unplug the dryer and shut off the gas.