How mothers can be changemakers, at home and in the community

THE WASHINGTON POST – For Angela Garbes, the pandemic served as a revelation: Stuck at home with her husband and two daughters, cut off from social connections, enraged by the injustices dominating the news, she realised that the one place she could make a difference was there, raising her children. Giving them the knowledge, values and strength they would need as adults. And writing a book to spread the word.

“Over the course of the pandemic, many people came to understand that American life is not working for families,” she writes in Essential Labor: Mothering as Social Change. As women dropped out of the workforce to be with homebound children, Garbes conceived of the idea that the turbulent period provided a chance to reimagine our approach to mothering.

Equal parts manifesto, love letter, personal narrative and cultural history, Garbes’ book grounds itself in the day-to-day realities of parenting, that most constant job of caring. But by tying together the factors that brought us to where we are – colonialism and its afterlives, lack of support for caregivers, racial disparities – Garbes also looks beyond the individual to the wider webs enmeshing us all.

The first part of this book focusses on the importance of caregiving and how undervalued it is in American society. The second half puts forward the idea that mothering can cure what ails us, that we can raise a generation of children who will force change in our values and our politics.

Garbes’s Filipino heritage has given her a particular familiarity with the subject she addresses.

Filipinos “are the care workers of the world”, as she puts it. She notes that the pandemic highlighted the disparities in American society, particularly regarding immigrants. “While Filipina nurses comprise just four per cent of nurses in the United States, they account for 34 per cent of nursing deaths from COVID-19,” she writes. 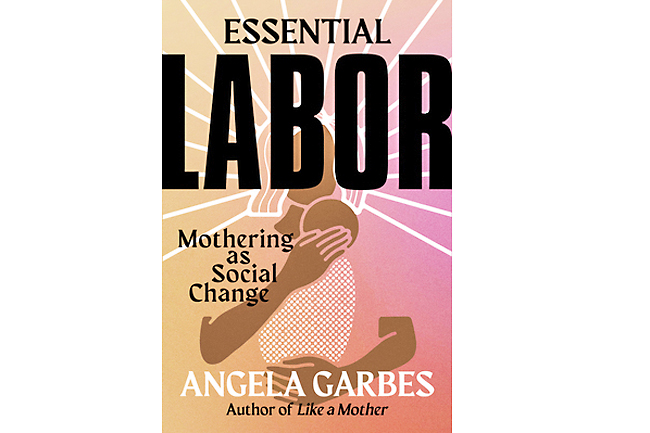 Caring is essential work, and yet, in American culture, it is undervalued. Rectifying this is a challenge, she acknowledges, since care work is often motivated by feelings for those cared for – a fact that both justifies, for many, its nature as un- or underpaid, and that puts caregivers in a bind. How do you withhold the labour that literally keeps your child, others’ children, sickly adults, ageing parents and grandparents alive, to push for higher pay and better working conditions? Such withholding is not without precedent, as Garbes notes, citing the Iceland women’s strike of 1975. But these organised actions are understandably rare.

She consistently returns to the possibilities of mothering as social change. This change looks like interdependent relationships within the family and beyond, and communities that sustain themselves through mutual acts of care. It looks like recognition of the pleasures of physical movement, curiosity about the living things that surround us in nature, belief in the inherent worthiness of all people.

I realised a few days ago, lying on my back on the couch, as my 11-month-old played with my spouse, that I don’t have any memories of my mother relaxing in that way. She had nine babies and 10 pregnancies, and at least 10 years of breastfeeding.

Garbes shows in this book that labour and ease are both essential acts of care. I find relaxation difficult, probably in part because I didn’t see my mother in repose. I don’t want my own child to struggle as much to balance work with play, exertion with rest.

Whether our children and the future of our lives are expansive or stunted is partially dependent on the acts of leaders – those in positions of power – to enact the kind of change that could begin to remunerate and support caregiving. I work for the University of California, one of the largest employers in the state with a quarter of a million workers. This year, my union is fighting for new contract protections, including dependent healthcare coverage, expanded paid leave and increased access to affordable child care.

But as Garbes makes clear, the quality of our lives and our children’s lives is also dependent on all the tiny choices we make each day. “We can’t afford to wait around for government support,” she writes.

Raising a child is “a social responsibility”. This book exhorts us to do it right.