How Greek growers use nature to clean the leek

AFP – Beneath a cluster of plane trees, the crystal clear waters of a stream are mustered by Greek farmers to rinse their leek crop, a time-honoured tradition that saves money and reduces its carbon footprint.

“(The water) keeps the leeks live and fresh… and it saves us using tap water to rinse them at home,” explained 48-year-old grower Costas Antoniou.

The source of the stream is just 500 metres from his village of Dorothea in the region of Pella, northern Greece.

“We learnt this method from our grandparents and it is what the next generation will continue to do,” he said.

Tied together in clumps with string and plastic tape, the freshly picked leeks will spend six to 12 hours in the slow-moving stream.

After that, their brushy roots – known locally as ‘moustaches’ – are mud-free and the crop is ready to market. 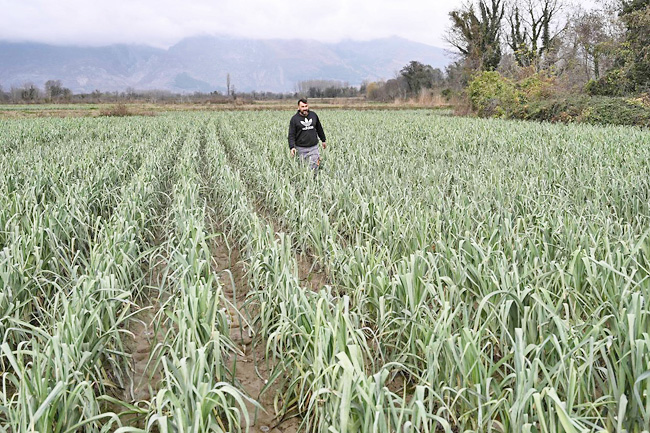 Dorothea, which has a population of about 500 people, has an annual leek production of some 1,600 tonnes from smallholders.

Entire families are involved in the crop from the ages of 20 to 75, said Antoniou, who is also the village chairman.

Each plant must be uprooted and cleaned by hand and tied before it can be driven to the river by truck, he said.

“It’s an arduous task that requires many people. Here, the job is easier and the results are even better than from the vegetable washing machines used by large producers,” said Evangelia Papadopoulou, whose family has grown leeks for the past three decades.

“The entire village gathers here,” added the 49-year-old. “This is where we work, gossip and bicker.”

Using the river also avoids the stiff expense to run machines to wash the leeks.

Care is also taken to ensure the leeks don’t pollute the stream, with organic pesticides and manure as fertiliser.