A housebreaking trio, including a former policeman, were dealt with by the Intermediate Court in Tutong District yesterday.

Prosecutor Sabrina binti Haji Mahmud informed court that on the morning of July 29, a woman visiting her brother at Jalan Nakhoda Manis in Seria, arrived at the house around 10.33am and discovered it had been ransacked.

She called her brother who instructed her to lodge a police report. Upon checking a hidden camera footage, three people were seen roaming around the house past midnight on July 26. Police investigations led to Mohamad Fairuz’s arrest. 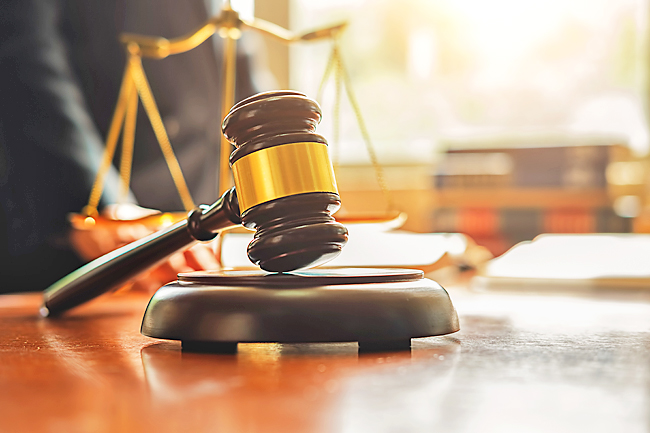 During the investigation, Mohamad Fairuz also admitted that he had stolen several torch lights, telescopes, a pair of hand gloves, a pen drive, a pair of Nike Air Jordan shoes, one iPhone 5 and BND50 cash.

Meanwhile, Noorazlan, the former police personnel, pleaded guilty to causing damage to a fluorescent ceiling light of Seria Police Station cell while he was locked up. Prosecutor Sabrina informed court that sometime in the afternoon of August 16, after returning from a court mention at the Kuala Belait Magistrate’s Court, he was placed inside the Seria Police Station cell. At around 3.45pm, while inside the cell, he acted aggressively by climbing towards the top cell window bar, and hit the fluorescent ceiling light using his hand.

As he sustained injuries, he was brought to the Suri Seri Begawan Hospital for medical treatment. However, Noorazlan denied the other charges of housebreaking by night, attempting to escape from police custody, causing damage to the vertical blinds of Seria Police Station, and dishonest retention of property.

Judge Pengiran Masni binti Pengiran Haji Bahar deferred sentencing for Mohamad Fairuz to September 29, while adjourning the case against the other two defendants to September 28 for trial dates to be fixed.