ELBASAN, ALBANIA (AP) – After fleeing from a war zone, a group of young Ukrainian track and field athletes have made their way to safety in Albania. Their minds are still between the two countries.

“I miss my mother’s food and grandmother’s advice,” said 17-year-old Maria Lariva, who throws the shot put. “I miss my coach and the stadium, my city, home, my country, everything.”

Lariva and seven other teenage athletes were evacuated from Bakhmut, a city in the Donetsk region that is part of Ukraine’s industrial heartland – where Russia has focussed its fighting after its early failure to sweep across the country and overrun the capital. Their families have stayed behind.

“I talk with my family every day. Many times a day,” said 17-year-old Valentyn Loboda, a pole vaulter who has been training in the long jump since the group arrived in Elbasan on March 31. “We speak about how is going on in Ukraine, how’s going on in Albania.”

The eight athletes are training at the Sport Club Elbasani with help from the Albanian Olympic committee and the city itself, which is located about 45 kilometres south of the capital Tirana.

Leaving home was hard, and the train ride was dangerous.

“(Everybody) lied down, closed doors and windows for about 30 minutes fearing the aircrafts flying quite close,” Lariva said, describing the journey from Kramatorsk to Dubno. 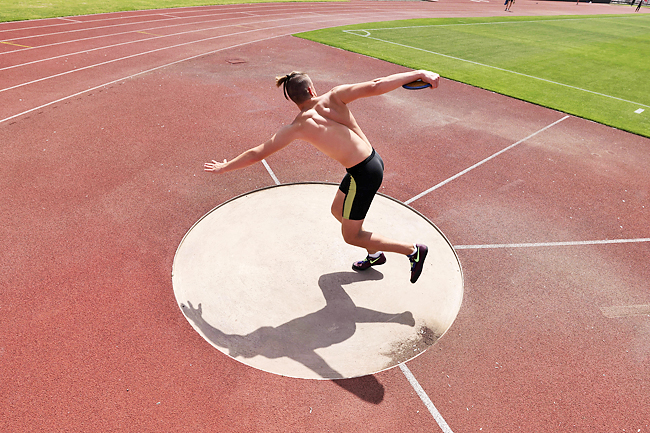 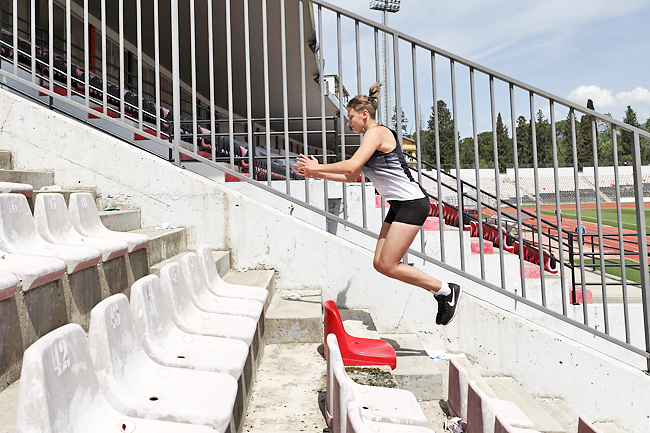 The group then made their way to Lutsk before entering Poland and taking a flight to Albania.

The athletes compete in various sports in track and field. Some of them are aiming to reach the required standards to take part in the World Athletics U20 Championship in Cali, Colombia, in early August.

Lariva, playing a video sent to her from her mother showing a giant hole near her home created by a bomb, said she breaks down in tears when her mother doesn’t respond to phone calls. “During shelling there is no Internet,” she said.

Seventy-one-year-old coach Pavlo Zadorozhiy is worried that this experience will affect the potential career of his athletes. But he said he is “more concerned of the people dying in my country, the children, and seeing horrible views every day, broken houses”.

Head of the Elbasani sports club Artin Kovaci said the hosts try to fulfil “any request they have”, adding that a club official accompanies the athletes almost all day long.

There was even a pleasant surprise when Albanian long jumper Izmir Smajlaj came to Elbasan to meet with Loboda. Smajlaj won the gold medal at the 2017 European indoor championships in Belgrade, Serbia, and is the country’s record holder in the event.

“We were friends in Facebook,” Loboda said. “It was great that Izmir, the great athlete, came to meet me.”

Loboda said he hopes to have a successful sports career and one day return home to Ukraine to teach English.

“I want to go back because I miss my family,” Loboda said.

“Albania is a good country, but we are Ukrainian. We want to (go to) our home, to our parents.”