SHISHMAREF (AP) – “Home sweet home”. That’s how Helen Kakoona calls her Alaska native village of Shishmaref when asked what it means to live on a remote barrier island near the Arctic Circle.

Her home and the traditional lifestyle kept for thousands of years is in peril, vulnerable to the effects of climate change with rising sea levels, erosion and the loss of protective sea ice.

So much has been lost over time that residents have voted twice to relocate. But Shishmaref remains in the same place. The relocation is too costly. In this Inupiat village of 600 residents live mostly off subsistence hunting of seals, fishing and berry picking. Some fear that if they move, they’d lose that traditional way of life that they’ve carried on from their ancestors.

On a recent day, hunters boarded boats at sunrise in the village’s lagoon and returned in the evening hauling spotted seals. Kakoona and her mother helped skin the seals with an ulu or women’s knife and prepared to cure them in a weeks-long process.

“No other place feels like home but here,” said Kakoona, 28. She tried to settle down in different towns, but she ended up returning to Shishmaref to stay with her mother, Mary Kakoona, 63. 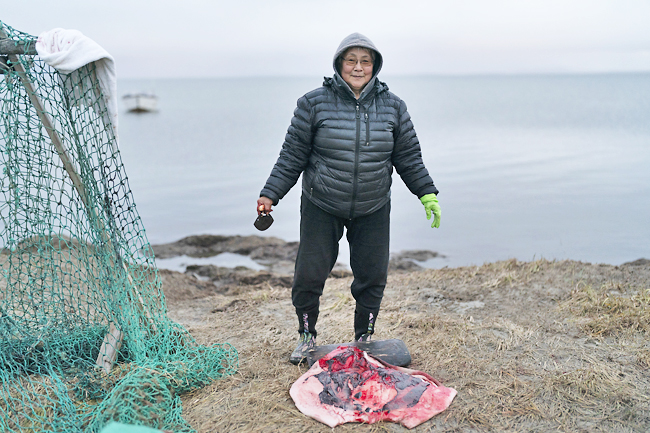 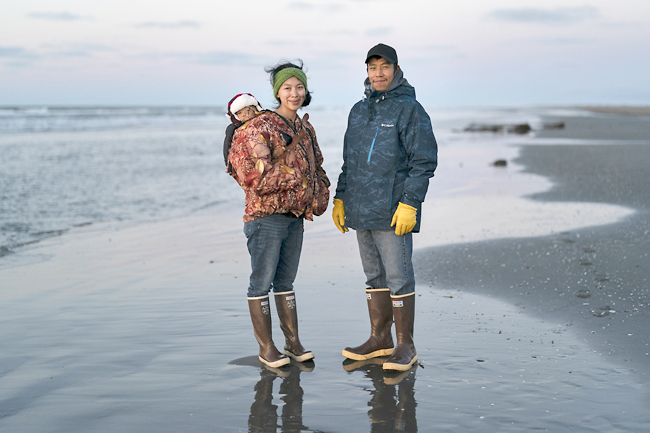 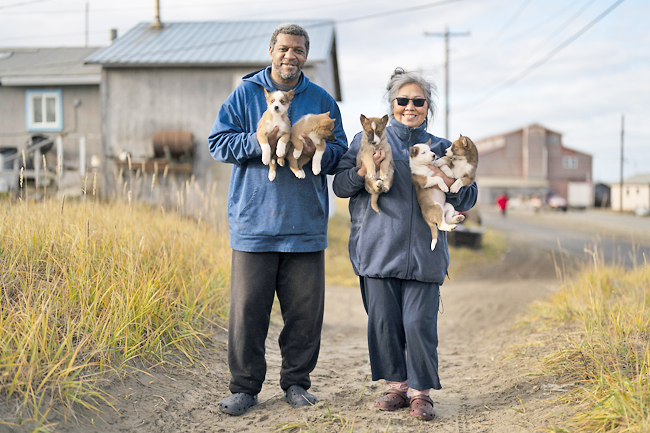 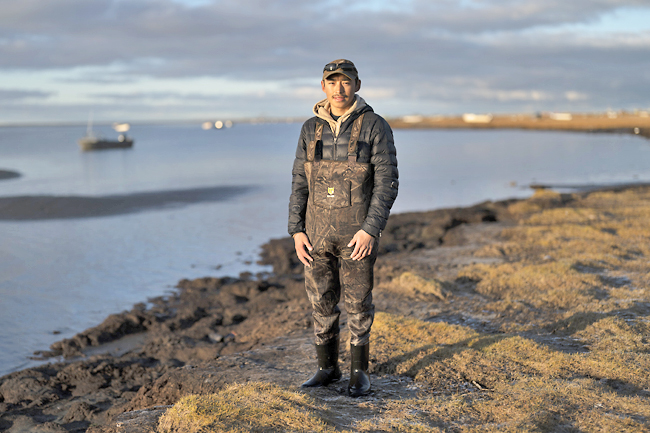 “I know we got to move sometime,” Mary said about a relocation that at times seems inevitable. “Water is rising and this island is getting smaller.”

Shishmaref is located on an island that is a quarter mile wide and about three miles long. It is one of dozens of Alaska villages that are under threat from climate change.

“We’ve been here all of our lives,” said Ned Ahgupuk, a Shishmaref resident, who on a recent day strolled on a beach at sunset with his girlfriend and their one-year-old son.

Climate change, is “kind of” a concern, he said, but he won’t leave the island. “Everyone,” he said, “is like a big family caring for each other.”

Sadie McGill and husband Tracy McGill feel the same. On a chilly fall day, they played with puppies bred to be sled dogs in front of the home where she was born and raised. After living abroad, she recently returned to the village to take care of her aging mother. The effects of climate change worry her and she’d be willing to relocate but she’d prefer to remain home.

“It’s really sad to see our native land go and disappear into the ocean,” she said. “I want to stay here where we were raised and born – and (where) we know how to survive.”