In addition, inflation continues to accelerate in economies throughout the Asia-Pacific on high energy and food prices, mainly due to the crisis in Ukraine.

The South Asian forecast for 2022 is maintained at 6.5 per cent but revised down marginally for 2023 from 6.5 per cent to 6.3 per cent following a slowdown in Bangladesh and flooding in Pakistan. The growth domestic product (GDP )growth forecast for Southeast Asia in 2022 is revised up to 5.5 per cent thanks to higher forecasts for Malaysia, the Philippines, Thailand, Timor-Leste, and Vietnam after surprisingly robust third-quarter performances. Stronger consumption, exports, and services, particularly for tourism, lifted growth forecasts for these economies. No figures were available for Brunei Darussalam.

However, these growth rates are unlikely to be maintained as global demand weakens.

Forecasts for Indonesia, Malaysia, the Philippines, Singapore, Thailand, and Vietnam are adjusted down to 4.7 per cent in 2023. Consumer and business confidence are likely to be affected by high inflation and rising interest rates, while government spending may be curtailed under constrained public finances. 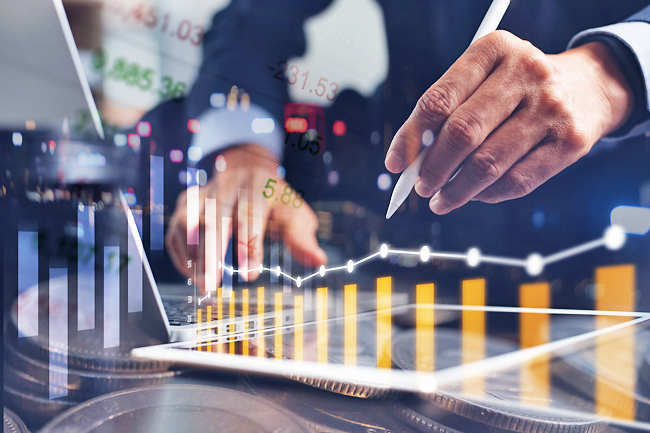 The inflation forecast for Southeast Asia in 2022 is revised down slightly as lower forecasts for Indonesia and Vietnam are offset by higher forecasts for Malaysia, the Philippines, and Singapore.

However, the sub-regional inflation forecast is revised up for 2023 as imported inflation is expected to remain significant for some time. Double-digit inflation in Laos and Myanmar is foreseen continuing in 2023, aggravated by weaker currencies and external imbalances.

The report also said that inflationary pressures are likely to come from further currency weakness over the coming months as the United States (US) Federal Reserve (Fed) continues to hike interest rates. No figures were also available on inflation forecast for this year and next year. Meanwhile, the Brunei Darussalam Central Bank (BDCB) in its report recently said looking ahead, domestic inflation and global inflation in the Sultanate will remain elevated over the near-term.

Given the Sultanate’s monetary policy with the value of the Brunei dollar at par with the Singapore dollar, several tightenings of Monetary Authority of Singapore’s (MAS) monetary policy this year are expected to dampen the effects of imported inflation to the domestic economy. BDCB’s inflation forecast for Brunei is expected to be in the 3.5 to 4.5 per cent range.

deterioration, developing Asia will grow more than other regions and suffer less inflation than most.

Multiple risks abound as the three main headwinds could worsen, along with geopolitical risks and climate change, the report said.