THE WASHINGTON POST – In NoViolet Bulawayo’s new novel, Glory, a nation riven by decades of autocratic rule finds itself dividing once again. Seeking “to forget the screaming in their heads”, the citizens of Jidada flock to the Internet. Safe inside this ‘Other Country’, they rage against their government in ways that would be unthinkable in the physical ‘Country Country’, where cancellation is truly final.

The gulf between the world as it is and the world as it could be is as wide in Bulawayo’s novel as it is outside it. The actions depicted in the book are so familiar, the events so recognisable, the pain so acute, it’s easy to see how Glory began as a work of non-fiction. That the characters are animals – furred, feathered, scaled and all – is almost incidental.

In a note to readers accompanying pre-publication copies of her book, Bulawayo reported that before writing Glory, she had been at work on a non-fiction account of the 2017 coup that ended Zimbabwean President Robert Mugabe’s oppressive, 37-year reign. The 93-year-old strongman’s replacement was Emmerson Mnangagwa, the 75-year-old vice president whom Mugabe fired in one of his last acts as head of state. Mnangagwa, a former military leader with an allegedly brutal history and a vicious nickname, the Crocodile, won the presidency by a narrow margin in 2018. Mugabe died the following year.

Glory repeats this story almost as it happened. In Bulawayo’s telling, however, Jidada’s deposed autocrat is an elderly stallion long known as Father of the Nation but now derided as Old Horse.

Following a bloodless coup staged by the nation’s canine military, the Father’s vice president and fellow old horse, Tuvius Delight Shasha, returns from a brief exile with promises of “a new dawn, a new season, a New Dispensation”. Tuvy, as he’s called, vows to make Jidada “great again”. In no time, he acquires a cultlike following, a new nickname (the Savior) and a reputation for megalomania, misogyny and corruption that surpasses that of his predecessor. 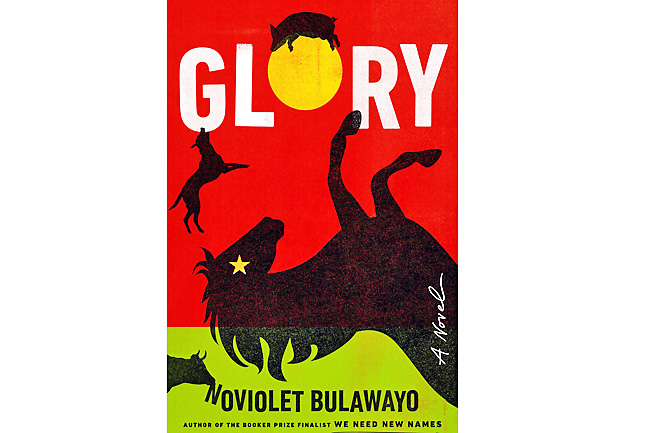 An expected chain of absurdities follows. That is not a knock on Bulawayo’s storytelling gifts, which are prodigious. Her 2013 debut novel, We Need New Names, was shortlisted for the Booker Prize for its indelible tale of a Zimbabwean girl who immigrates to the United States.

Among her new book’s many strengths is Bulawayo’s portrayal of the Jidadans’ experience as at once distinct and universal. A host of real-life tyrants can be seen in the novel’s four-legged bad guys.

This is not a humourless book. The animals are gleeful insulters (“You have a demon of idiocy!”) and inventive cussers. Tuvy and the Father are as foolish as they are evil. The latter’s reaction to finding himself in hell, to which he’s been led by a lipstick-wearing monkey, is wickedly funny. Bulawayo even delights in satirising a certain United States president, represented here as a tweeting primate prone to subliterate warnings of electoral malfeasance. His handle: @bigbaboonoftheUS.

The citizens of Jidada often speak with one voice. They recite long lists, grim tautologies (“killed dead”, “died death”) and anecdotes that circle back on themselves like tail-chasing dogs. Traumatised by violence at home and abroad, they repeat phrases that fill entire pages of the book: “and talks to the dead”, “and considered the maths of the revolution”, “I can’t breathe”.

Glory reads longer than its 400 pages. Bulawayo shifts among omniscient narration, first-person plural, oral history and even chapters written as Twitter threads. The effect can be disorienting, but individual voices stand out. None resonates as strongly as that of Destiny Lozikeyi Khumalo, a goat who returns to Jidada after a decade away. Hoping to exorcise the trauma that prompted her departure, Destiny becomes a chronicler of her nation’s history and an advocate for its future. Her writing provides a “way of rising above the past, of putting together that which was broken”.

In her author’s note, Bulawayo shared how her book’s most obvious literary inspiration, George Orwell’s anti-Stalinism allegory Animal Farm, became a trending topic on social media in the wake of Mugabe’s ouster. The parallels between post-revolution Manor Farm and post-coup Zimbabwe were too painful to ignore. “Pivoting from non-fiction to create Glory became an extension of my fellow citizens’ impulse to articulate the absurd and the surreal,” she wrote.

Any satire worth its weight in talking animals is really a warning – to the powers that be, the complicit and anyone who thinks nothing so terrible could ever happen to them. When Destiny diagnoses Jidada’s condition as “the willingness of citizens to get used to that which should have otherwise been the source of outrage”, she could be describing a great number of places. By almost any measure, Glory weighs a tonne.