The ‘Menyuluh Sejarah Brunei’ Programme is a platform to expose the capabilities and skills of the young generation in producing and sharing history. It also aimed to train the younger generation to have a critical and an analytical mind.

The programme provided the youth an opportunity to share their historical research and introduce comprehensive studies on under-studied subjects as well as exposes the youth’s knowledge and skills to find, analyse and write studies materials.

It is also aimed at inculcating interest and make penBorneo as a discussion venue for Brunei and Borneo history. 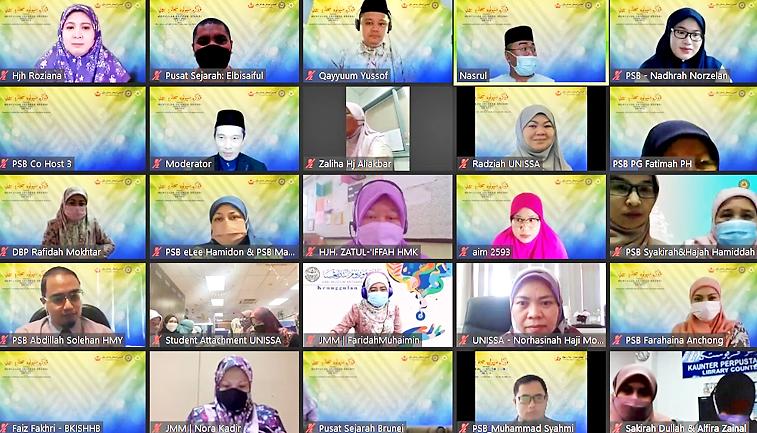 Dr Hajah Roziana earned her PhD in History from Univeristi Brunei Darussalam (UBD) with her studies on Brunei’s women social-economy from 1950 to 2000. Her work has been published overseas on Jurnal Rampak Serantau published by Brunei-Indonesia-Malaysia Language Council (MABBIM) and Susurgalur: Jurnal Kajian Sejarah & Pendidikan Sejarah.

Her presentation on ‘Awareness towards Women’s Education in the 20th Century: Studies Comparison between Brunei and Sabah’, highlighted that women’s education have been instilled before the expansion of Western education and is based on Islamic studies.

By the 20th Century, education introduced by the British was openly accepted by the communities in Brunei and Sabah. Both societies are aware of the importance of education in gaining better employment compared to the previous era which focussed more on the women’s role in the household.

The education received by women changed lives in the socio-economy of the people while the role of women expanded from wives and mothers to include educators playing an important role in the development of the nation. Education has had a positive impact on the society and the country.

Abdul Qayyum, on the other hand, graduated in Master of Arts in History by research also from UBD with studies on ‘Fires in Kampong Ayer from 1950 to 1999 : From Historical Perspective and the Implications’. His work was published in Jurnal Darussalam, Number 19 in 2019.

In his presentation, Abdul Qayyum shared that remembering history through a specific lens can bring an important picture towards the understanding of the subject.

In Brunei’s case, the understanding about the history of Kampong Ayer is one of these subjects. The examination of Kampong Ayer’s chronology is interesting as there are numerous events impacting the place, particularly fires.

Kampong Ayer has experienced numerous tumultuous events that threatened its existence but it survived numerous fires to remain standing and be a reminder that it was once the bastion of Brunei’s power.

Yesterday’s event was moderated by history officer from the Preservation and Binding Unit of penBorneo Muhammad Hefni bin Mahari. It began with the recitation of Surah Al-Fatihah and a Doa followed by presentations and concluded with a question and answer session.