At the RAF Brize Norton, His Majesty, among other things, witnessed a parachute display performance by the RAF Falcons team and was briefed by Course Senior Non-Commissioned Officer/Lead Instructor Sergeant Lane Miller on the UK’s parachute capability as well as presentations of the equipment capability including low altitude parachute, high altitude parachute, synthetic training and basic parachute course video.

His Majesty then presented the ‘British Military Parachute Wings’ badge to His Royal Highness 920 Major (U) Prince ‘Abdul Mateen, who had successfully completed the Basic Parachute Course 1317.

During the course, His Royal Highness, among other things, learnt military parachuting techniques from instructors of the RAF, leading to His Royal Highness’ successful parachute jumps at a height of 1,000 feet. 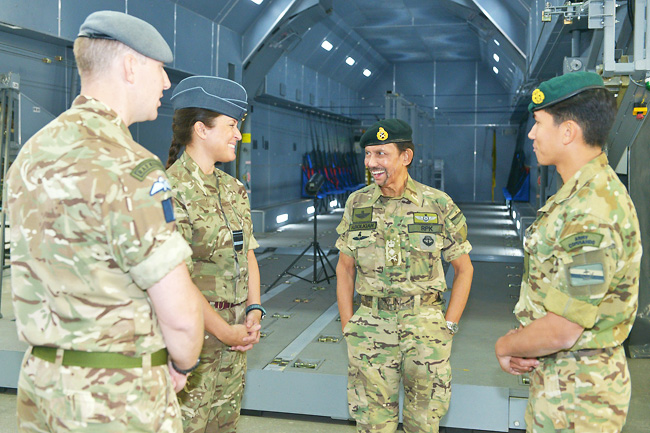 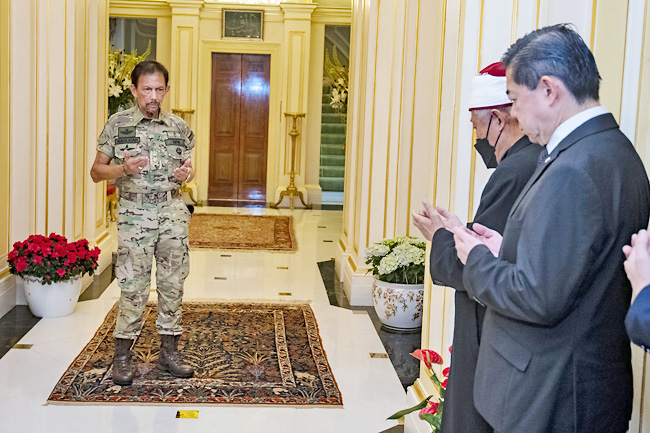 In addition, participants had also undergone trainings at the Parachute Training Squadron Hangar and the course is based on a written and practical assessment before any live parachuting takes place.

The Airborne Delivery Wing – which is based at RAF Brize Norton, Carterton, Oxfordshire – is a RAF training unit that provides parachute training to the British Armed Forces.

Meanwhile, the Parachute Training Squadron established in 1940, is the biggest squadron in the Airborne Delivery Wing, that trains troops on their first parachuting activity as well as conducts continuation training to Specialist Training Units.

While in London, His Majesty accompanied by His Royal Highness Prince ‘Abdul Mateen attended His Majesty King Charles III’s reception and the state funeral for Her Majesty Queen Elizabeth II.