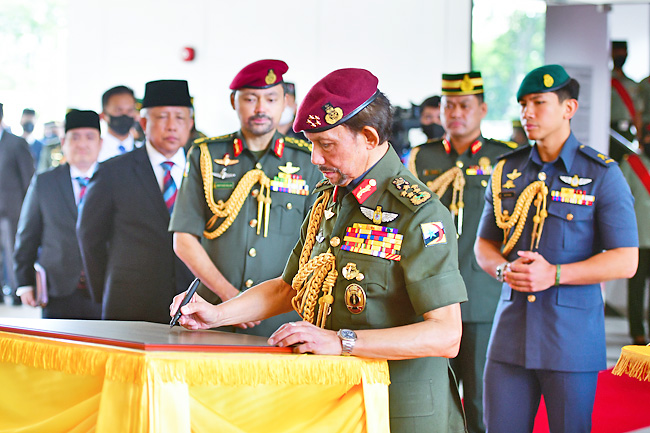 After the inauguration of the building, His Majesty proceeded to the auditorium, where the monarch delivered a titah.

His Majesty then proceeded to the gallery area to view an array of security exhibits, and was subsequently invited to tour the classrooms on the first floor.

The monarch also visited the administrative office and PPS instructors’ office on the second floor.

The new PPS building also houses a surau, a canteen and a library.

His Majesty and members of the royal family then headed to the VVIP Room for a luncheon.