Higuain determined to end on high after confirming retirement

MIAMI (AFP) – Inter Miami striker Gonzalo Higuain (AFP pic below) is determined to end his career on a high in Major League Soccer (MLS) after announcing his retirement at the age of 34 on Monday.

The former Juventus, Real Madrid, Napoli and Argentina striker will see out the current season at Inter Miami and attempt to push Phil Neville’s side into the play-offs before quitting the game.

Ironically, Higuain has been in excellent form in MLS recently, the Argentine scoring 12 goals in the last 14 games including a match winning strike in Toronto at the weekend.

But with his Inter Miami deal expiring at the end of the season, the striker believes now is the time to follow his brother Federico into retirement.

“The day has arrived to say goodbye to football, a profession that has given me so much and one I feel privileged to have lived with its good and bad moments,” a visibly emotional Higuain told a news conference attended by the entire Inter Miami squad. 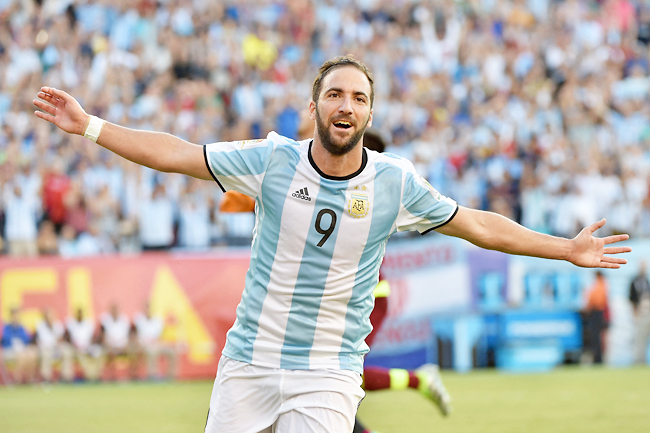 “I’ll take beautiful moments with me in my head and in my heart.

“I had an unthinkable career and achieved more than I could imagine. It’s a decision I made three or four months ago.”

Higuain meanwhile hopes to crown his career with an MLS title, with Inter Miami battling for a place in the postseason playoffs.

“It would be a dream to end my career as a champion in MLS,” he said.

Higuain scored 31 goals in 75 appearances for Argentina and helped them reach the World Cup final in 2014 and the 2015 Copa America final.

His international career however came to a halt following Argentina’s defeat in the round of 16 at the 2018 World Cup.

His club career was equally stellar, the high point coming in La Liga with Real Madrid where the forward scored 107 goals in 190 games before moving to Napoli and netting 71 goals in 104 appearances. He later joined Juventus and won two domestic doubles in his first two seasons.

“When you are a big player with that kind of experience and ability, you can carry the team on your back,” Miami coach Neville said.

“There were a lot of questions about him a few weeks back but we spoke about legacy and how he wants to be remembered. You can wave the white flag or show what you are all about.

“What he has shown since is that he has proven he’s world class and a winner. The season is still going though and he has to keep on carrying and inspiring the young players.

“He has stood up and his influence off the field cannot be underestimated.”