High-achievers speak on their success

Universiti Brunei Darussalam (UBD) yesterday honoured excellent students in a ceremony at the university’s Chancellor Hall, who recalled the hard work they dedicated to their achievements.

This year, the illustrious Vice-Chancellor’s Medal went to Zheng Jia Hui, a Chinese national who studied in the Sultanate under the government scholarship for international students.

She completed her Bachelor of Science (Biology) degree in just three-and-a-half years and graduated with First Class Honours.

“I took six modules every semester, which was the maximum, in order to complete my degree within three-and-half years.

“I wanted to complete my studies this year so that I don’t have to wait until next year to graduate,” said Zheng. “It was not easy – especially the Level 4000 modules. I had to plan everything well in advance even before the start of each semester.”

On studying in Brunei, she said, “It was a great experience. I got to know and make many friends and participate in numerous extra curriculum activities.

“I don’t feel there is any language barrier because most people speak English here.” 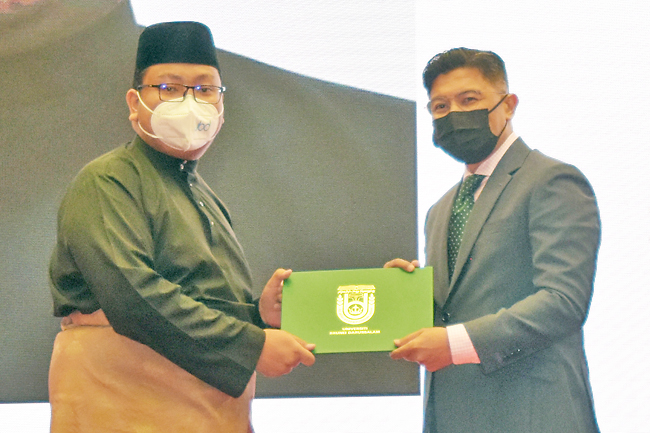 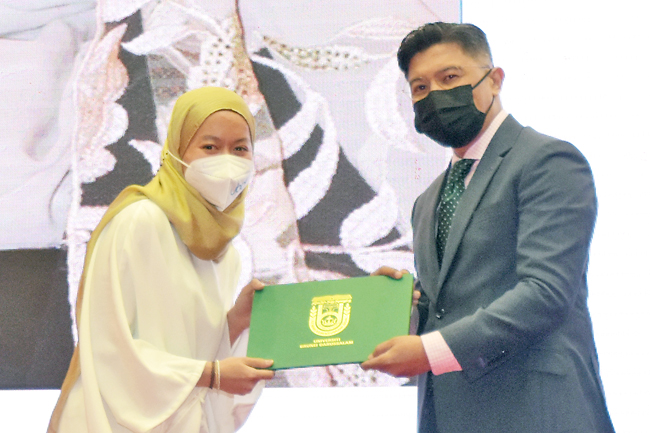 She added “I really love to go to pasar malam (night market). It’s the place I can really see local interaction, and I like to explore places where not many tourists go.”

The 22-year-old also thanked her lecturers, friends, UBD and “everyone who have supported me during this amazing journey. Without them I won’t be here today”.

Meanwhile, Muhammad Luqman bin Mohd Jaffari, a Bachelor of Digital Science (Computer Science) graduate who received the Book Prize award said, “I feel grateful as I have been trying my best to achieve this. Alhamdulillah, I was able to with my 4.61 GPA.”

He said, “The School of Digital Science is a new faculty in UBD and I am among the first batch of students to study in the faculty”.

He added, “I chose computer science because I like coding. I did it for my ‘A’ Levels and found it fun. I like to see the code that I’ve made run, and its very satisfying to fix bugs when they don’t run.”

He also revealed his challenges of feeling inadequate and incompetent despite his success.

“Despite having done well, I always feel like I could have done even better. To overcome this, I try to study harder.”

At only 20-years-old, he hopes to further his studies.

Muhammad Luqman thanked his parents, friends as well as his lecturers for their support.

Master’s graduate in Science (Geoscience and Petroleum) and recipient of the Book Prize award Izzah Amirah @ Nurarima binti Ariffin said, “I am honoured. Even though I am someone who sometimes doubts myself, this award proves that my hard work has paid off.”

On her decision to take up the Master’s degree programme, she said, “I was unemployed after graduating in 2020. I started my own business but I stopped to continue my studies. In the end it worked out.”

Since the COVID-19 pandemic started, “the first semester was basically online. It was hard because it took time for me to get used to it”.