PARIS (AFP) – Around one billion young people worldwide could be at risk of hearing loss from listening to headphones or attending loud music venues, a large review of the available research estimated on Wednesday.

The World Health Organization- (WHO) led study called on young people to be more careful about their listening habits, and urged governments and manufacturers to do more to protect future hearing.

The analysis published in the journal BMJ Global Health looked at data from 33 studies published in English, Spanish, French and Russian over the last two decades covering more than 19,000 participants aged between 12-34.

It found that 24 per cent of the young people had unsafe listening practices while using headphones with devices such as smartphones.

And 48 per cent were found to have been exposed to unsafe noise levels at entertainment venues such as concerts.

Combining these findings, the study estimated that between 670,000 to 1.35 billion young people could be at risk of hearing loss. 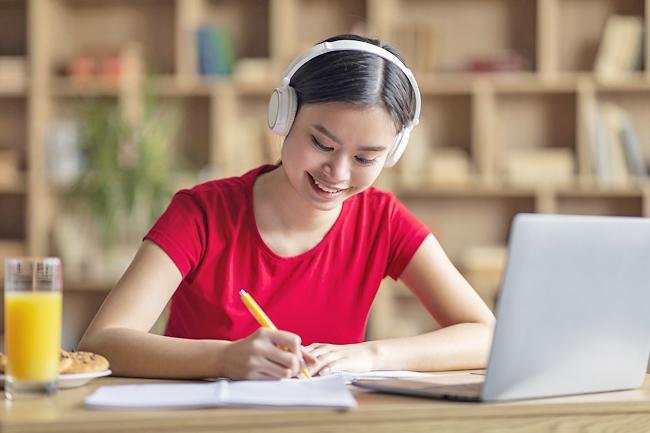 The wide range is partly because some young people are probably at risk from both factors, said Medical University of South Carolina audiologist and the study’s first author Lauren Dillard.

Dillard told AFP the best way for people to lessen their risk of hearing loss from headphones is to turn down the volume and listen for shorter periods. “Unfortunately, people do really like very loud music,” she admitted.

Headphone users should use settings or applications on smartphones to monitor sound levels, Dillard advised.

In loud environments, noise-cancelling headphones can help avoid “cranking up your music to try to drown out all that background noise”, she added.

Earplugs should be worn at loud events like concerts, she said, adding, “Maybe it’s fun to be in the front by the speakers, but it’s not a good idea for your long-term health.

“All of these behaviours, these exposures can compound over the course of your entire life, and then when you’re 67 years old, it can have a pretty big impact,” she said.

Dillard called on governments to comply with WHO guidelines on safe listening, including making sure venues monitor and limit music levels.

She also urged companies that make devices like phones to warn listeners when the volume is too loud, and to include parental locks to restrict children’s exposure.

Limitations of the research included the varying methodologies across different studies and that none came from low-income countries. Queen Mary University of London noise and health expert Stephen Stansfeld, who was not involved in the research, said it showed “the potential for serious population-wide hearing loss is large”.

More than 430 million people – over five per cent of the world’s population – currently have disabling hearing loss, according to the WHO, which estimates the number will rise to 700 million by 2050.