SHIJIAZHUANG (XINHUA) – Archaeologists recently discovered over 240 relics including rammed earth, ash pits, house ruins, wells and tombs, in the ruins of an ancient city in north China’s Hebei province. Most of these relics date back to the Han Dynasty (202 BCE-220 CE).

Experts believe that this discovery, which also includes over 30,000 pieces of relic fragments, offers a new glimpse into the history of the ancient city of Bairen town. The city in Longyao county, Xingtai city, was an important city during the Warring State Period (475-221 BCE).

“The age of the cultural layers unearthed this time ranges from the Western Han Dynasty to the Eastern Han Dynasty. In addition, a few relics from the Warring State Period and the Tang Dynasty (618-907CE) were also discovered, offering resources for a deeper and more thorough understanding of the development of the Bairen Town ruins,” said professor with Renmin University of China Lyu Xueming who was in charge of the excavation.

Among the most important discoveries were a large site of rammed earth, pottery slices inscribed with Chinese characters, and some ancient currencies.

The excavation is of great significance to the study of the settlement changes, living conditions, human activities, and historical events in the southern part of the Hebei plain from the pre-Qin period (pre-221 BCE) to the Han Dynasty, Lyu added. 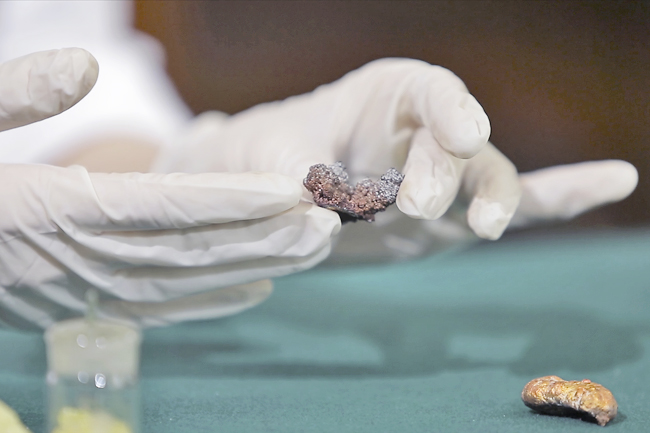