QUITO (AFP) – A third nursery used by scalloped hammerhead sharks to raise their pups has been discovered off the Galapagos Islands, a boon for a species in critical danger of extinction, the Ecuadoran national park said on Friday.

“It is very important to find these new breeding areas, especially for the hammerhead shark, because it is an iconic species for the Galapagos, one that is critically endangered,” a ranger at the Galapagos National Park Eduardo Espinoza said in a statement.

After months of travelling around the Galapagos, which comprise 13 major islands, Espinoza and other investigators discovered the nursery off Isabela, the largest of the islands, which are about 1,000 kilometres from mainland Ecuador, the statement said.

The park said it hopes the research leads the International Union for Conservation of Nature (IUCN) “to include these nurseries in the listing of important areas for the conservation of sharks”, which now is a special category of protection.

Scalloped hammerhead sharks (Sphyrna Lewini) search for shallow nurseries to raise their pups in protected conditions, the statement said. The shark is an open-water hunter but has been hard hit by commercial fishing to satisfy an appetite in East Asia for its fins. 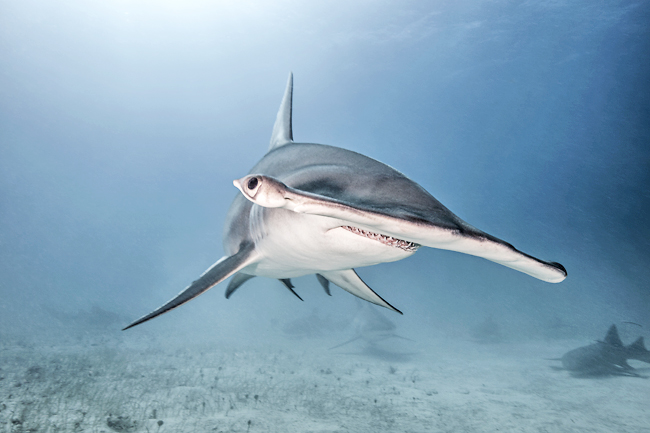 The park has not offered specific locations for the three nurseries in order to protect the species.

Some of the sharks at the nurseries have been tagged so that scientists can monitor their migration patterns and determine how they interact with sharks elsewhere.

The Galapagos Marine Reserve, one of the largest and most diverse in the world, covers an area of 198,000 square kilometres contains some 30 species of sharks, among them the blacktip shark, which also has nurseries there.

Concentrations of sharks in its waters are believed to be the most dense in the world.

The Galapagos Islands contain flora and fauna found nowhere else. British naturalist Charles Darwin visited in 1835 and developed his theory of the evolution based on his findings.