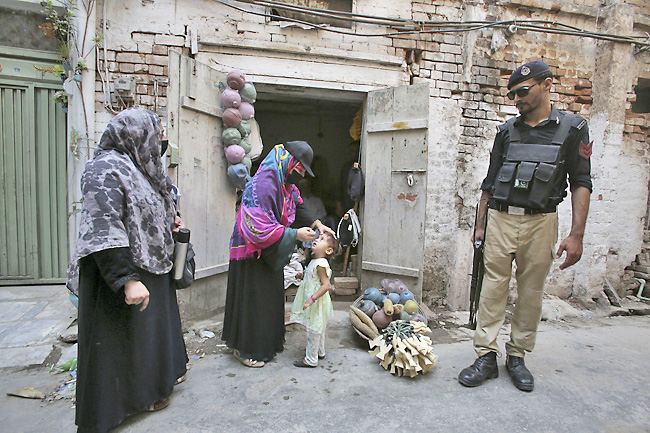 No one immediately claimed responsibility for the attack in North Waziristan, a district in the Khyber Pakhtunkhwa province.

The attack came a day after the government launched another nationwide anti-polio campaign amid a spike in attacks.