AP – The village of Gazi Bay on Kenya’s coast, just 55 kilometres south of bustling Mombasa and tucked away from the country’s well-trodden tourism circuit, has gained traction in recent years as a model for restoring and tending carbon-sucking mangrove trees that now crowd its bright green shoreline.

Nestled between sandy beaches, still waters and coconut palms, the Mikoko Pamoja project – Swahili for “mangroves together” – has for nearly a decade quietly plodded away, conserving over 100 hectares of mangroves while simultaneously planting new seedlings.

While carbon offsets receive a mixed response from environmentalists, the source of consistent funding has sustained livelihoods of those involved in the project and surrounding coastal villages. 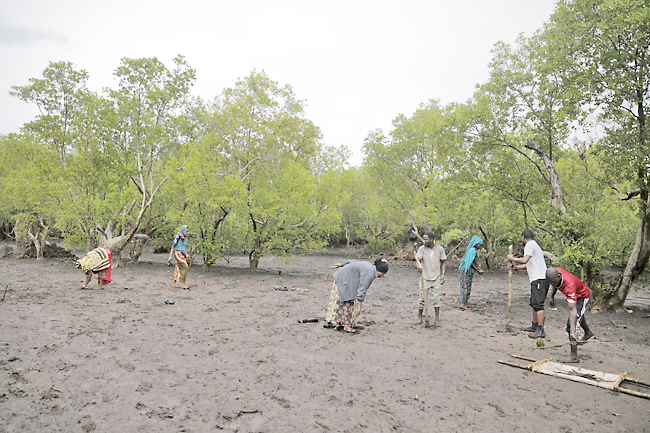 Community wages have gone up, and resources for locals have improved.

Fisherfolk casting nets in nearby shallow waters have seen an abundance of species return to the mangrove-laden shores, now a breeding ground for fish flourishing in the expanded habitat. And project leaders hail the benefits of cleaner air for people who live in or near the forests.

Now entering its 10th year, the award-winning project has inspired other nations to follow suit.

For those living under Mikoko Pamoja’s mangrove umbrella, many of those concerns have, at least partially, subsided.