UPI – A Central Florida family captured video when they had an unusual visitor – a large monitor lizard climbing on a window.

Jocelyn Penson, who posted the video to Facebook, said the footage was filmed at the home of her son, Frank Crowder, in Apopka, Florida.

The video shows the lizard climbing on the window in an apparent attempt to find its way into the house. The reptile ends up flopping off the window and down to the ground.

Penson’s family initially said the animal appeared to be a tegu lizard, but a wildlife expert with Zoo Miami Ron Magill said the reptile is a water monitor lizard from Sub-Saharan Africa.

“It’s a lizard that could be anywhere between three and five feet, generally speaking,” he told WSVN-TV. 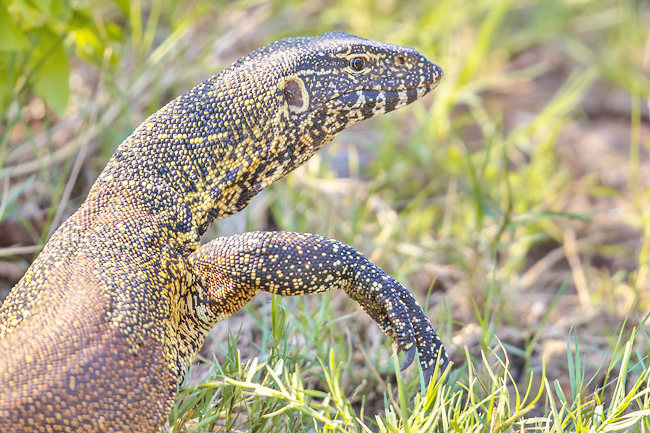