AFP/VOGUE – Giambattista Valli was not about to make any timid, scaled-back statement when he returned to the couture runway in Paris for the first time since 2019.

“I think the most powerful lesson of the last couple of years was really to enjoy the moment, live in the moment,” he mused backstage. After all, this is his 10th anniversary as a couturier.

And nothing in Valli’s world succeeds like joyful excess.

He called the collection ‘L’Instant’ and smothered the set with party balloons. The opening all-white looks – “simple” in his mind – were a glorious parade of ostrich and crystal-trimmed dresses, accessorised with fabulously oversized mirrored butterfly sunglasses and giant glittery chandelier earrings. To match, there were puffed-up hair-extensions lacquered and beribboned. He treated us to a bravura demonstration of flou, opera coats made entirely of curled feather, tiny dresses that were mostly made of swags of crystal necklaces, dense silver and paillette embroidery, and crunchy looking 3D flower embroidery.

By about look 37, Valli had given himself over to the expansive, voluminous, single-punchy-colour side of his nature. He is an amazing colourist. Bravo to Giambattista Valli for all the moments that he’s lit up the Paris runway like this. 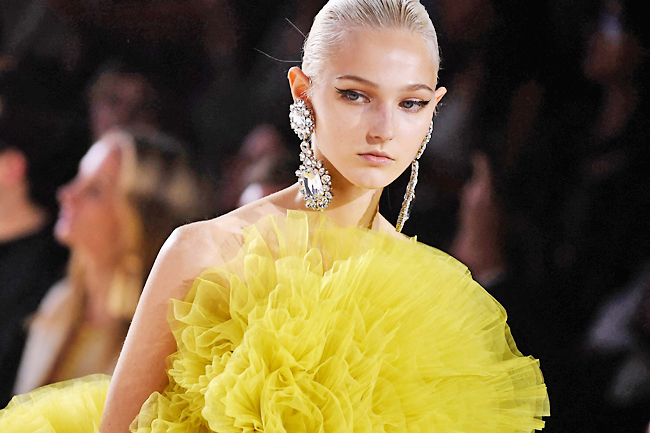 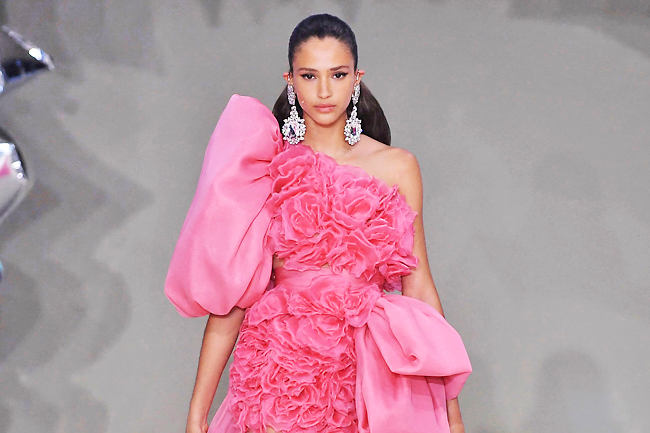 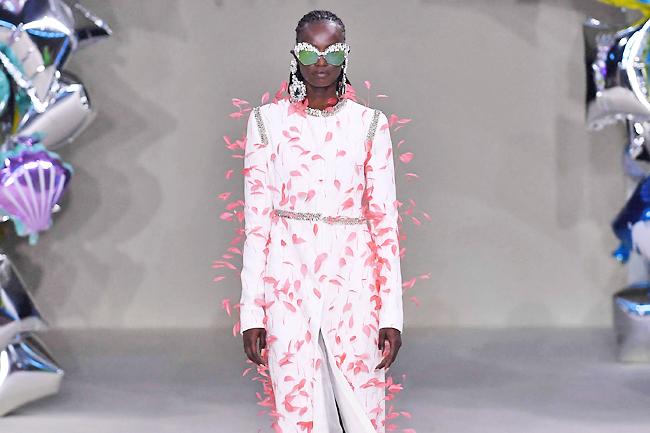 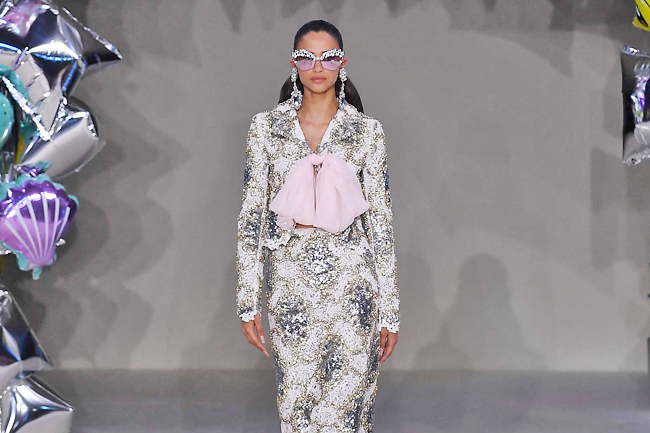 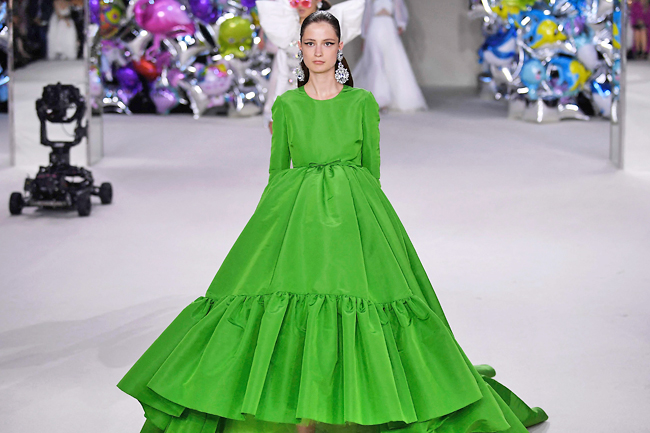 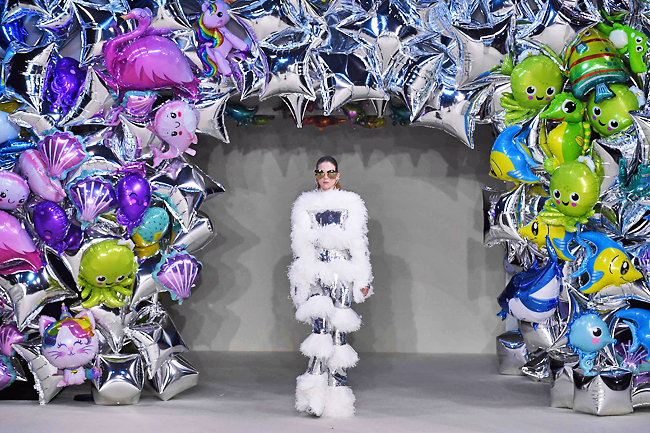 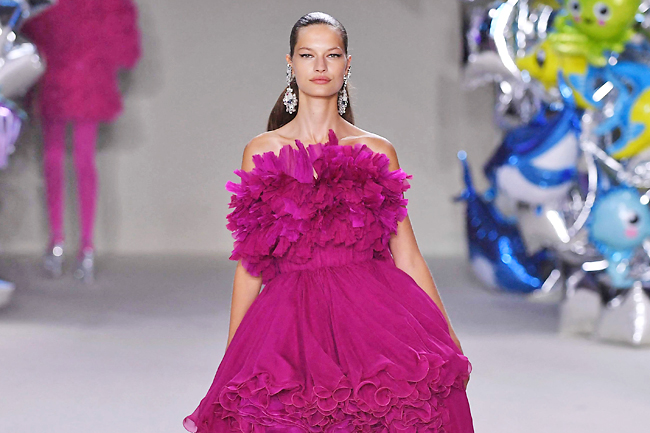 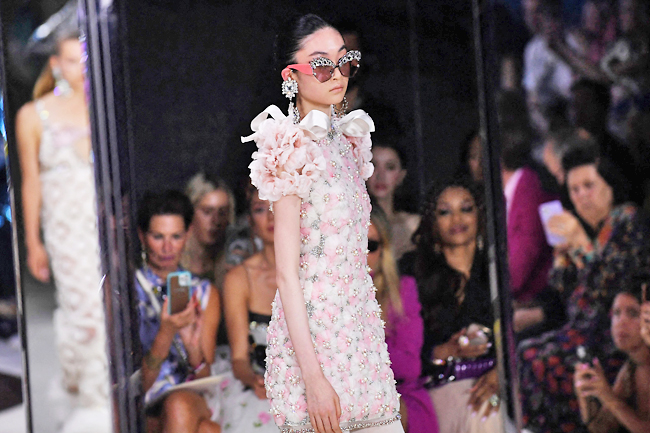