Global take on world in crisis

Between July and August 2022, the Open Society Foundations conducted a poll in 22 countries to gauge public opinion on key issues facing the world today such as climate change, cost of living, fallout from the pandemic and invasion of Ukraine.

The survey also sought to gauge support across a range of ambitious policy options such as debt cancellation, creating new routes for refugees and regulating food prices.

Findings of the survey were recently published in the report titled Fault Lines: Global Perspectives on a World in Crisis, providing “insights into an anxious world in which people are not confident in the future or the international community’s ability to work together to solve global problems”.

When respondents were asked about the most important issues facing the world, more than one-third ranked climate change as one of the three most significant issues. The invasion of Ukraine was picked by about one-quarter of respondents.

Concerns of climate change far outstrip the economy in some European countries including Great Britain, France, Germany and Serbia, possibly due to the heatwave experienced by the continent in July. 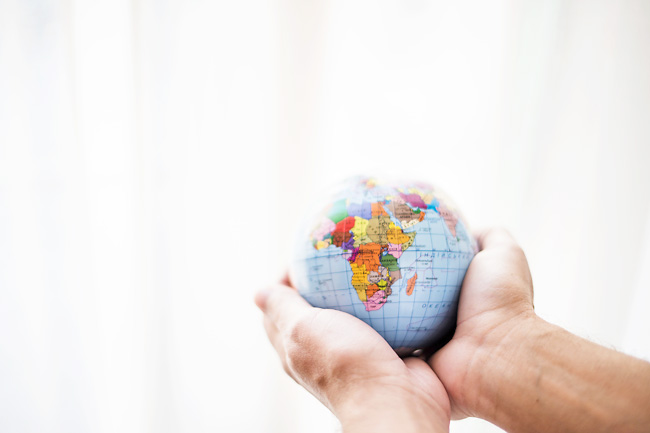 Almost half of respondents listed cost of living and inflation concerns among the top challenges facing their family and community today. In fact, almost a quarter cited it as the top challenge.

Inflation was more of a concern in higher-income countries, ranked top three in Singapore (by 76 per cent of respondents), Great Britain (70 per cent), France and Serbia (58 per cent), Poland (57 per cent), Germany (45 per cent) and Japan (46 per cent).

“The polling indicates a high level of anxiety over the potential impact of high food prices,” noted the report.

Eighty per cent of respondents based in Brazil, Colombia, and Mexico agreed to some extent (strongly agree, agree or slightly agree) that they often worry about whether their families will go hungry. In Kenya, Nigeria, Senegal, and South Africa, the figure is 77 per cent.

In the United States (US), 39 per cent agreed with the statement on hunger to some extent, along with 33 per cent in Western Europe and 29 per cent in Great Britain.

WHERE WE ARE HEADED

Despite the challenges and concerns, respondents generally expressed optimism about whether things are “going in the right direction” in their lives.

More than half answered that things were either going in the right direction, or neither right nor wrong.

In Latin America, over two-thirds of respondents are optimis-tic that things in their own lives are “going in the right direction”, as are over half of respondents in all regions except Western Europe, the Middle East and North Africa.

However, respondents were generally more pessimistic about the direction of their countries.

While Asia was the least pessimistic, only 43 per cent of its respondents saw their countries as heading in the right direction, with half of India, Indonesia and Singapore but only 14 per cent of Japan, followed by Eastern Europe (34 per cent) and Latin America (29 per cent).

Pessimism was most prevalent in the Middle East and North Africa, where 74 per cent of respondents believe their countries are heading in the wrong direction.

In Western Europe, 58 per cent agreed with this statement led by Great Britain (62 per cent), France (58 per cent) and Germany (53 per cent).

The US clocks in at 69 per cent, higher than the aforementioned countries.

One outlier in the survey was Ukraine, in which almost two-thirds of respondents said they believe their country is heading in the right direction.

Respondents were also asked how they felt about the state of the world.

This elicited a high level of responses saying the world was heading in the wrong direction, particularly in Western Europe (63 per cent) and the US (65 per cent).

A third of Asia-based respondents shared the same view.

Ukraine once again emerged as an outlier, with 44 per cent of respondents saying the world was moving in the right direction. The report noted that it was possibly due to the international support received since the invasion.

Respondents worldwide were largely unimpressed with how the international community has responded to the challenges now faced.

However, 52 per cent thought countries worked together “very well” or “fairly well” in response to the pandemic.

Numbers were far lower for climate change (28 per cent), poverty and hunger (24 per cent), and cost of living (21 per cent).

Most respondents showed a broad level of support for proposals such as debt cancellation (72 per cent), safe and legal routes for refugees (76 per cent) and regulating food prices (83 per cent).

However, respondents showed a significantly lower level of support for the separate proposal that “my government” should be “increasing spending on international aid to lessen starvation in the world”, with support for aid versus policy regulation dropping off across all the countries surveyed.