That undercut expectations a slowing economy might prompt the Fed to postpone or scale back plans for more rate hikes to cool inflation. 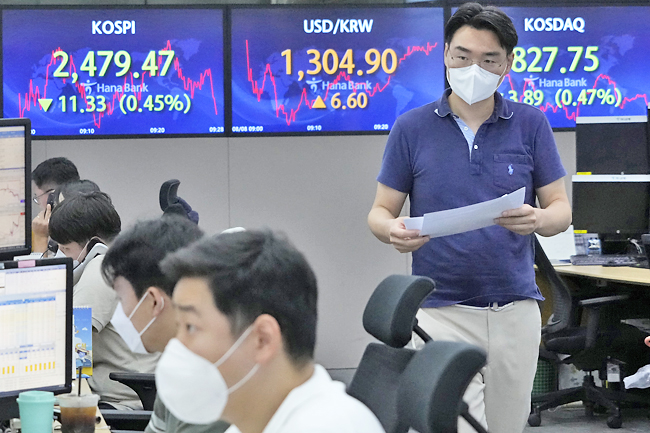 On Wall Street, the future for the S&P 500 rose 0.3 per cent while that for the Dow Jones Industrial Average was up 0.2 per cent.

The S&P declined 0.2 per cent on Friday after government data showed employers hired more Americans in July than forecast.

The Dow added 0.2 per cent while the Nasdaq composite lost 0.5 per cent.

In Asia, the Shanghai Composite Index rose 0.3 per cent to 3,236.93 after China’s July exports rose 18 per cent over a year earlier, beating forecasts.

China’s trade surplus swelled to USD101 billion in July after imports rose just 2.3 per cent over a year ago, reflecting weak domestic demand.