Get ready some popcorn

No Hari Raya mood and just feel like staying home to unwind? Or perhaps you are just looking for something to pass the time with?

Well, this month Netflix is coming up with several new titles, such as the return of a new season of Stranger Things on and a reality show about Beverly Hills’ mega-rich Asian community, Bling Empire, to name a few.

Here are some the highlights of TV shows and movies on and coming soon to Netflix for the month of May.

This 1989 American romantic comedy film was written by Nora Ephron and directed by Rob Reiner. It stars Billy Crystal and Meg Ryan as titular characters Harry and Sally, respectively.

The story follows the two characters from the time they meet in Chicago just before sharing a cross-country drive, through 12 years of chance encounters in New York City.

The film addresses but doesn’t necessarily resolve questions along the lines of “Can men and women ever just be friends?” 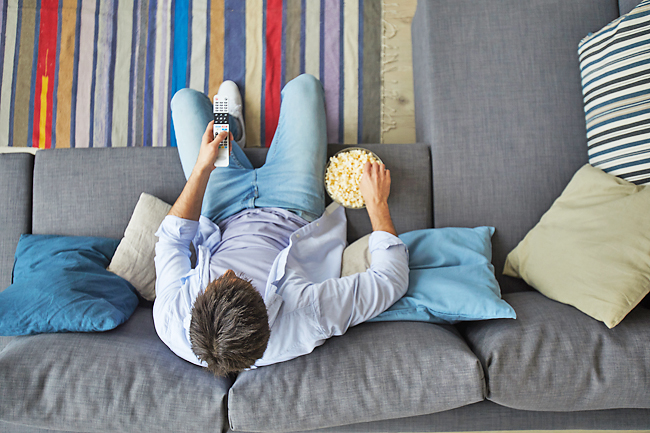 THE SONS OF SAM: A DESCENT INTO DARKNESS

Netflix’s true crime documentary revisits a 1970s search for one of America’s most notorious serial murderers. Convicted serial killer David Berkowitz has been locked up for decades, but now the question is posed: did he act alone?

Journalist and author Maury Terry was convinced that Berkowitz had accomplices who have never been caught, and would go on to spend decades attempting to prove that the web of darkness behind the murders went deeper than anyone imagined.

In The Sons of Sam: A Descent into Darkness, filmmaker Joshua Zeman draws on archival news footage, conversations with the people closest to the investigation, and Terry’s own words and case files to tell a cautionary tale of a man who went down a rabbit hole and never came out.

The question remaining is: was Maury Terry chasing ghosts, or are the true Sons of Sam still out there?

It’s been well over a year since the first season of Bling Empire premiered in January 2021.

Now the cast returns in the reality show’s second season, along with all its fun, glamour and drama.

The series features meaningful stories about the Asian American community that haven’t been seen playing out on reality TV before.

Starring Lee Je-hoon and Tang Joon-sang, Netflix’s latest original Korean drama Move to Heaven is a heartwarming story follows Geu-ru, a man with Asperger’s syndrome and Sang-gu, who suddenly finds himself as Geu-ru’s guardian. The two team up to work as “trauma cleaners”, a group of people clearing out the last possessions of the deceased and uncovering stories that are left behind.

This inspiring tale is based on non-fiction essay Things Left Behind by Kim Sae-byul which chronicles the first trauma cleaners in South Korea.

The series is helmed by director Kim Sung-ho who is making his drama directorial debut and writer, Yoon Ji-ryun who worked on 2004’s Boys Over Flowers. Actors Ji Jin-hee and Lee Jae-wook also make special appearances.

THE WOMAN IN THE WINDOW

Amy Adams stars in The Woman in the Window, which is based on the gripping, best-selling novel of the same name. Confined by her agoraphobia, Anna Fox (Adams) finds herself keeping tabs on the new family across the street through the windows of her New York City home. After witnessing a brutal crime, secrets begin to unravel as it transpires that nothing and no one are what they seem.

Online is a dark place, and in the new documentary Cyber Hell: Exposing an Internet Horror we see just how dark. The film tracks the story of the Nth Room case, a series of anonymous Telegram channels created by a South Korean man to disseminate disturbing videos, and how he was tracked down and stopped.

Eden is a new dystopian science fiction anime series set in a world thousands of years in the future, in a city known as ‘Eden 3’.

Inhabited solely by robots whose former masters vanished a long time ago, the series follows two farming robots as they accidentally awaken a young human girl, which sets about questioning all they were taught to believe – that humans were nothing more than a forbidden ancient myth. Together, the two robots secretly raise the child in a safe haven outside Eden.

Ahead of its fifth and final season, the creators of Stranger Things are unveiling a new set of adventures starring Hawkins, Indiana’s most supernatural.

The first five episodes of season 4 will drop on May 27, with a second batch of four installments coming on July 1.