BERNAU BEI BERLIN, GERMANY (AFP) – German pensioner Gabriele Washah waits in line to fill her trolley with bags of carrots for 50 cents, yoghurts just past their sell-by date and bunches of wilting flowers.

With the cost of living soaring across Europe, the 65-year-old retired shop assistant is one of many Germans turning to food banks to make ends meet.

“Sometimes I go home from the shop almost crying because I can’t afford it any more,” she told AFP outside the row of stalls in Bernau, near Berlin.

Nestled in an alleyway behind a big chain supermarket, the food bank sells at greatly reduced prices groceries donated by supermarkets, as well as cheap prepared meals.

Here, customers can pick up a full trolley of food for around EUR30 (around USD32).

For Washah, that means bread, butter and her favourite sandwich filling, sausage – “which used to cost EUR0.99 (USD1.02) but now sometimes costs more than EUR2 “. 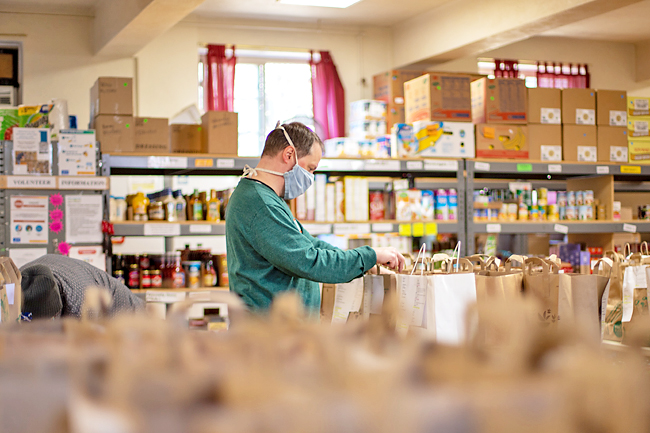 Driven by the war in Ukraine, inflation in Germany soared to 7.9 per cent in May – its highest level since reunification in 1990, with food prices among those worst affected.

Demand for food banks across the country has increased “significantly” since the start of the year and doubled in some areas, according to a spokeswoman for the Tafel food bank network.

There are around 1,000 such schemes in Germany, run by volunteers and available to customers on a means-tested basis.

Groceries, while donated, are still sold rather than given away free to the customers as the Tafel has to cover running costs, including rents and electricity. The organisation too has had to put up prices because their running costs have risen.

“It’s not just one product,” said 69-year-old pensioner Peter Behme. “All the prices are going up.”

In a bid to ease the pressure on squeezed finances, the government has lowered taxes on fuel, drastically slashed the cost of public transport and promised all taxpayers a one-off payment of EUR300.