A total of 32 awards were presented at the latest edition of The Game Awards, honouring the best games of the year.

Held on December 9, The Game Awards 2022 returned with the continued aim to recognise and uphold creative and technical excellence in the global video game industry.

While God of War: Ragnarok was the game that earned the biggest haul with six awards, Elden Ring took the spotlight with the event’s grandest accolade – Game of the Year – among its four awards.

In addition to Game of the Year, which recognises “a game that delivers the absolute best experience across all creative and technical fields”, Elden Ring won the awards for Best Game Direction, Best Role Playing Game and Best Art Direction.

An action role-playing game, Elden Ring was developed by FromSoftware and is set in a new fantasy world created by Hidetaka Miyazaki, creator of the influential Dark Souls video game series, and George R R Martin, author of the best-selling fantasy series, A Song of Ice and Fire.

Speaking through a translator upon winning Game of the Year, Miyazaki said, “I would like to share this great appreciation with our entire Elden Ring team members – everybody at FromSoftware, our partner Bandai Namco, all collaborators and last but not least George R R Martin who created the great mythos for this game. We have faced so many difficulties while developing this game so as a director I’m really relieved. And this might not be the right thing to say on the occasion of receiving the Game of the Year award, but I have made up my mind to create even more interesting games than this one. 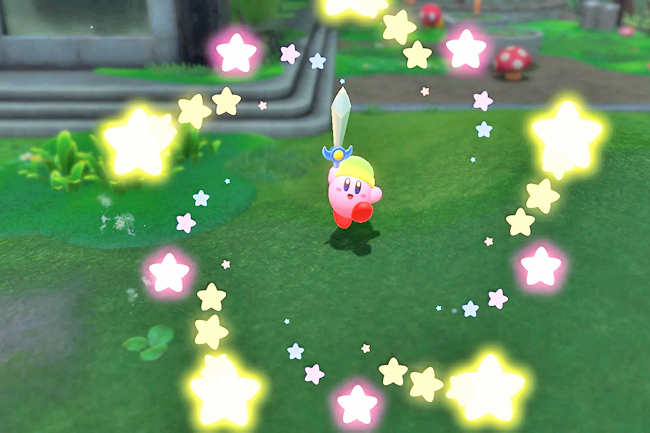 “As for Elden Ring, we still have several more things we want to do, so getting this Game of the Year award really, really encourages us.”

Miyazaki also expressed gratitude to all the fans who played, enjoyed and supported their titles. “We create the games we want to create and do our best because of you. Thank you so much.”

A sequel to 2018’s critically acclaimed and award-winning God of War, the November 2022 released Ragnarok is a sequel that continues the story of Kratos and his son Atreus, and sees them “embark on an epic and heartfelt journey” as they “struggle with holding on and letting go”.

As is described on the PlayStation website, “Fimbulwinter is well underway. Kratos and Atreus must journey to each of the Nine Realms in search of answers as Asgardian forces prepare for a prophesied battle that will end the world. Along the way they will explore stunning, mythical landscapes, and face fearsome enemies.”

Another title to take home multiple awards was Stray from Bluetwelve Studio and Annapurna.

Best Mobile Game was won by Marvel Snap, a card battle game in which players choose members from the Marvel multiverse to build their own super hero teams, while the award for Best VR/AR Game went to action-adventure puzzle title Moss: Book II. Interactive drama As Dusk Falls from Xbox Game Studios won the Games for Impact award, which “for a thought-provoking game with a pro-social meaning or message”.

An upcoming Nintendo title, The Legend of Zelda: Tear of the Kingdom, won the award for Most Anticipated Game.

Best Adaptation, an award that recognises “outstanding creative work that faithfully and authentically adapts a video game to another entertainment medium”, was won by Arcane: League of Legends.

The Players Voice category, which is voted for by fans, went to action role-playing game Genshin Impact.

In addition, Content Creator of the Year, an award “for a streamer or content creator who has made an important and positive impact on the community in 2022” went to Ludwig.