From strength to strength

Brunei wushu team once again earned high praise and respect from chief referee and participating team for their improvement and courteous display throughout the 8th World Junior Wushu Championships tournament in Indonesia.

National wushu coach Li Hui commented that the championship was a major tournament that drew some 63 countries and 700 athletes, the most participation since the onset of the COVID-19 pandemic. 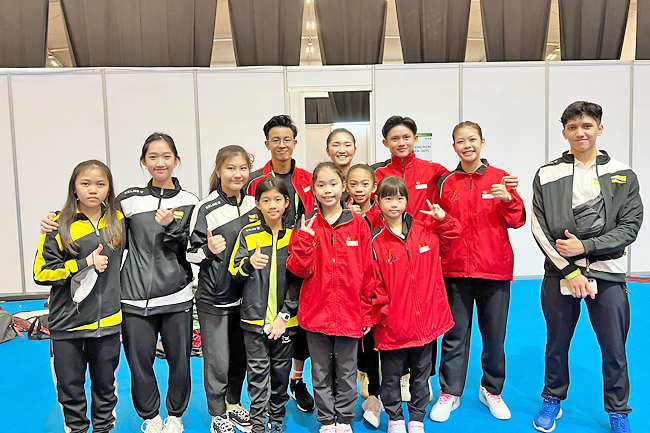 He added, “Our four athletes managed to finish at the middle and front positions. I am happy with their performances because in Singapore in 2012, the wushu athletes finished near the bottom. After years of training and development, we can see that the athletes have improved vastly.”

He said, “Top wushu countries in the championship include China, Hong Kong, Macau, Japan , Korea, Malaysia, Vietnam and Singapore, on top of the host, Indonesia. Brunei has shown its progress and proven that its athletes can compete with their international counterparts.”

“The chief referee of the tournament and athletes from other countries were also impressed with Brunei’s results and the athletes’ skills.”

He also acknowledged that they “have weaknesses in strength and speed. We need to train further in these areas. We also have a smaller pool of wushu athletes to be developed compared to other countries. I hope more young Bruneians would consider joining wushu”.