From fiction to contemporary

THE WASHINGTON POST – Looking for ways to connect with your teen? Here’s one to try: Read their books, or the books meant for them, anyway.

If you’re rolling your eyes right now, we understand. But give this a shot: Go to a local bookstore or library and browse together. (First, you must put down your phones). The young adult (YA) section is booming, and we are hopeful that you and your teen will be able to find a handful of books you’ll both enjoy, even if you end up reading them in separate rooms. We know what it’s like to raise teens!

To help you navigate the shelves, we’ve compiled a list of out-standing contemporary YA books, including fiction, nonfiction and graphic novels. These books offer well-written, fast-paced stories and memorable characters that will appeal to you whether you are 14 or 54. Sure, some of them feature serious and sometimes controversial topics – but that’s what books are for and why reading them with your kids can be a learning experience for everyone.

ARISTOTLE AND DANTE DISCOVER THE SECRETS OF THE UNIVERSE by Benjamin Alire Sáenz
It’s the summer of 1987, and El Paso teen Aristotle “Ari” Mendoza is going through a rough patch. Then Ari meets Dante Quintana and life changes dramatically. Sáenz takes us along Ari’s challenging and ultimately fulfilling journey toward self-acceptance, hope and love.

(Note: Look for a sequel, Aristotle and Dante Dive into the Waters of the World). 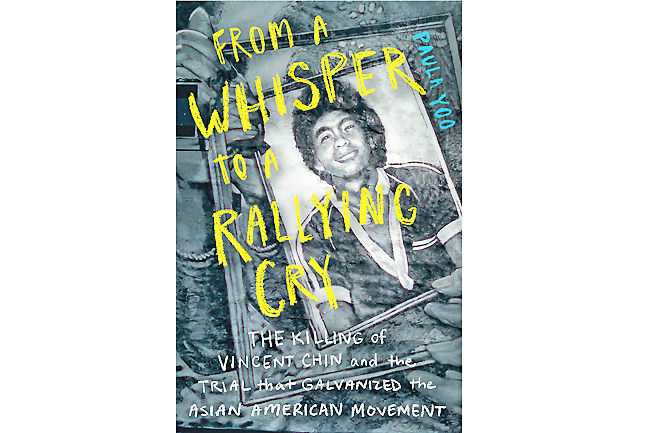 A BLADE SO BLACK by LL McKinney
Atlanta teen Alice Kingston discovers her magic powers when she meets Addison Hatta, who lives in a place called Wonderland. Inspired by Alice in Wonderland and Buffy the Vampire Slayer, McKinney creates her own rich fantasy world and introduces a gutsy Black heroine.

(There is one sequel, A Dream So Dark, and another, A Crown So Cursed, expected next year).

CHECK PLEASE!: BOOK 1: #HOCKEY by Ngozi Ukazu
Ukazu’s debut graphic novel features a young man named Eric “Bitty” Bittle, whose speed and agility, honed in figure skating, make him a skillful hockey player. But Bitty, who also loves to bake and vlog, is something of a misfit on his college hockey team until he finds love and learns to accept himself for who he is. (Book 2: Sticks & Scones is also available).

CLAP WHEN YOU LAND by Elizabeth Acevedo
Two teen girls lose their father in a plane crash and suddenly learn that they are half-sisters.

In the midst of their grief, the girls have to decide whether to respond to their complicated new connection with anger or love. In this novel-in-verse, National Book Award winner Acevedo writes with grace and lyricism about loss, family betrayal – and the healing power of love.

THE DOWNSTAIRS GIRL by Stacey Lee
Set in 1880s Atlanta, Lee’s novel explores a little-known part of United States (US) history as it tells the story of 17-year-old Jo Kuan. Jo works as a maid to one of the richest and meanest ladies in town, while also moonlighting as a newspaper advice columnist known as “Dear Miss Sweetie”. The second job gives her the opportunity to speak her mind – and the consequences are complicated.

EVERY BODY LOOKING by Candice Iloh
Iloh tells the story of Ada, a Nigerian American teen who bears the burden of being the oldest daughter in a dysfunctional family.

Written in verse, the book goes back and forth in time to give readers a fully realised portrait of Ada, including the emotional scars inflicted by her mother’s addiction, her struggle to cope with her father’s loving but heavy-handed parenting, and her need to express her true self through dance.

FIREKEEPER’S DAUGHTER by Angeline Boulley
Teenager Daunis Fontaine straddles two cultures: the Ojibwe heritage of her late father and her White mother’s French American world. As she prepares to start college, things get even more complicated when she reluctantly agrees to join a federal investigation into a deadly new drug ravaging her community and finds herself drawn into a web of lies, suspicion, corruption and murder in this gripping crime novel.

FOREST OF A THOUSAND LANTERNS by Julie C Dao
Julie Dao gives an East Asian twist to the story of the Evil Queen in Snow White in this intense fantasy starring a memorable antiheroine, 18-year-old Xifeng, who is blessed with ex-traordinary beauty and destined to become empress of Feng Lu.

That destiny, however, has a high cost as Xifeng must leave behind not only the young man who has long loved her but her very humanity. (Look for the sequel Kingdom of the Blazing Phoenix).

FROM A WHISPER TO A RALLYING CRY: THE KILLING OF VINCENT CHIN AND THE TRIAL THAT GALVANIZED THE ASIAN AMERICAN MOVEMENT by Paula Yoo
Yoo displays a novellist’s flair in this compelling story of the 1982 murder in Detroit of Vincent Chin and its aftermath.

The book deftly explores how the case has affected the Asian American community as well as the legal changes it has sparked.

KISS NUMBER 8 by Colleen AF Venable (illustrations by Ellen T Crenshaw)
In this graphic novel, the happy life of high-schooler Amanda (“Mads”) turns chaotic when she learns her father has withheld a potentially explosive family secret. Suddenly, Mads wonders who she can trust as she tries to understand why she wants to kiss Cat, her best friend, instead of the cute boy next door.

MARCH TRILOGY by John Lewis and Andrew Aydin (illustrations by Nate Powell)
The momentous early life of the late US Republican John Lewis and his struggle for civil rights comes to vivid life in this three-part graphic novel series.

The books chronicle how Lewis and other civil rights activists used nonviolent tactics to protest racist policies at great personal risk. Before he died in 2020, Lewis, working again with Aydin, continued his story in Run: Book One.

PATRON SAINTS OF NOTHING by Randy Ribay
When 17-year-old Filipino American Jay Reguero learns that his teenage cousin Jun was one of the thousands of victims of Philippine President Rodrigo Duterte’s brutal war on drugs, he feels compelled to journey to the Philippines to learn the truth about his cousin’s life and death.

PUNCHING THE AIR BY IBI ZOBOI and Yusef Salaam
Sixteen-year-old Amal Shahid is unjustly sent to prison after he and his Black friends clash with a group of taunting White teens.

Telling their story in first-person verse poems, Zoboi and Salaam take us into the heart of Amal’s pain and anger.

Amal’s story was inspired by Salaam’s experience as one of five Black teens in the Central Park jogger case, who spent years in prison before being exonerated of the crime.

REVOLUTION IN OUR TIME: THE BLACK PANTHER PARTY’S PROMISE TO THE PEOPLE by Kekla Magoon
Magoon presents a comprehensive history of the Black Panther Party, from its heyday in the 60s and 70s amid intense persecution by federal authorities to its eventual demise in the early 80s. Magoon concludes this beautifully designed, timely volume by connecting the Panthers’ legacy to the current work of the Black Lives Matter movement.