From drones to sensors

Grown across Southeast Asia, fans hail the spiky durian as the “king of fruit” due to its bittersweet flavours and creamy golden flesh, and it is particularly popular in China.

But to its detractors it is the world’s smelliest fruit, with an overpowering stench like rotting food that has seen it banned in hotels and on public transport across the region.

In a competitive market, Malaysian grower Top Fruits Plantations has turned to high-tech methods to lift its output.

“It’s a much faster way to get more consistent results,” managing director Tan Sue Sian told AFP during a recent tour of one of the company’s plantations in Batu Pahat, southern Johor state.

Using technology allows farmers to gauge more precisely how much fertiliser and water the trees need, he said.

“When you give what is needed, the fruit will be much more consistent. The shape will be better, and the aroma will be better,” added Tan, who has more than 30 years’ experience growing durians. 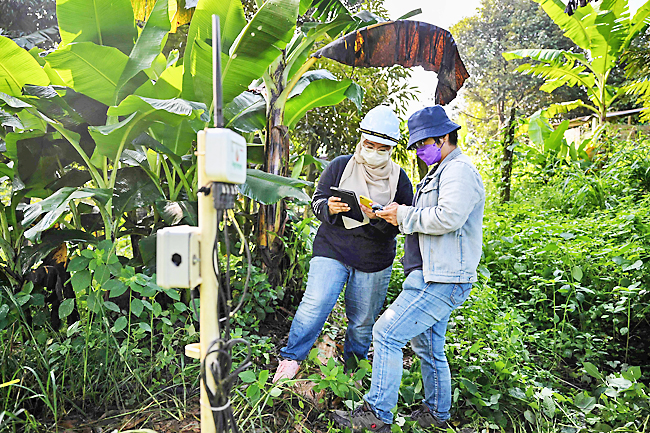 The sensors are boxes mounted on poles, connected to the soil with a series of cables. By 2024, the entire plantation should be kitted out with them.

Such methods are unheard of on Malaysian durian farms, where growers typically rely on a large labour force, instinct and educated guesses.

The investment has been hefty – Top Fruits has spent about MYR4 million (USD900,000) over the past three years on the technology.

But it has led to an increase in yields of 40 per cent, while its workforce has shrunk by 30 per cent.

The company is now able to produce 800 tonnes of durians from its farms every year, with more than 80 per cent of its crop frozen in factories to be exported overseas, much of it to China.

In a bid to further boost their crop, Top Fruits is getting into research by setting up a lab and collaborating with local universities.