The Sautron Chess Club said it built the nearly 4.2-tonne chess king in Sautron, near Nantes, to commemorate the currently-running 20th International Open in the city.

The chess piece is made from more than 768 pieces of French wood and took more than 700 hours to build, the club said.

The French Chess Federation shared photos of the chess piece being assembled on Twitter.

The current Guinness World Record holder for largest chess piece measures 20 feet tall and was assembled by the World Chess Museum in St Louis, Missouri, in 2018.

The Sautron Chess Club said it plans to submit evidence to the record-keeping organisation to have its piece officially recognised as the world’s largest. 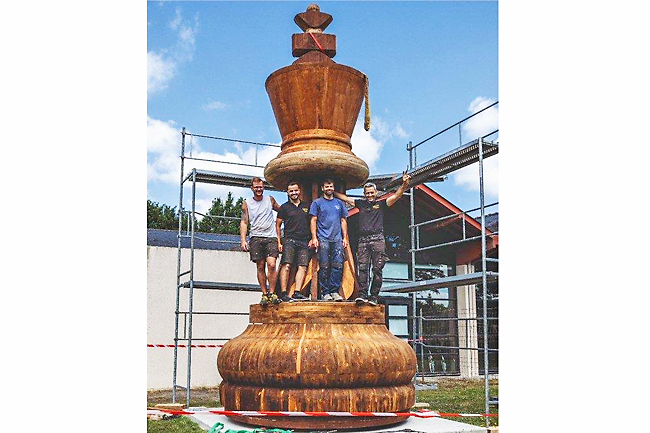