The closing ceremony was officiated by RBN Fleet Commander Captain Khairil bin Haji Abdul Rahman, who emphasised the importance of cooperation between RBN and POLMAR as one of the whole-of-government approaches in ensuring maritime security.

He also invited POLMAR to participate in maritime patrols with RBN to resume Operation Sembilang which was suspended due to the COVID-19 pandemic.

During the four-day exercise which began on October 24, various solutions were discussed dealing with maritime issues, especially Illegal, Unreported and Unregulated Fishing (IUUF).

As security agencies that play an important role in maintaining the maritime security of Brunei Darussalam, members of the RBN and POLMAR increased their knowledge and improved their skills in dealing with maritime issues.

To further strengthen relationship between the two agencies as well as improve the fitness and health of members, a sports event was also held, with POLMAR winning the Sembilang Cup. 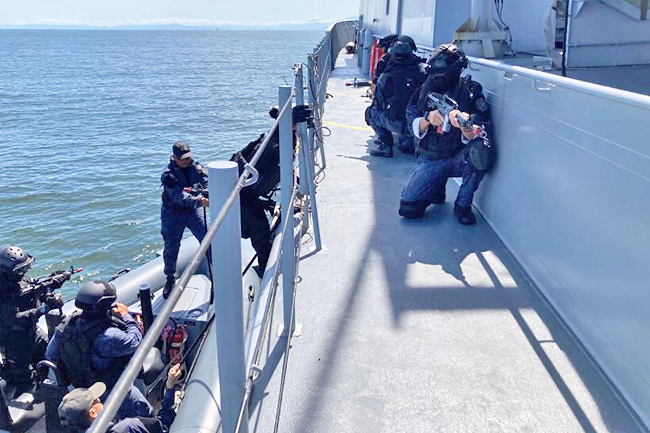